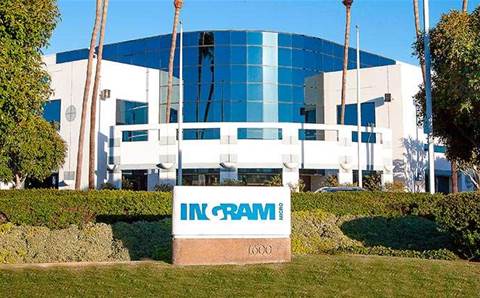 The world's largest IT distributor is now part of fast-growing US$30 billion Chinese conglomerate HNA Group.

Now that the deal is completed, Ingram Micro chief financial officer William Humes and executive vice president, secretary and general counsel Larry Boyd are slated to leave the company on 16 December: 10 days after the close of the US$6 billion megadeal. They join Paul Read, Ingram Micro's former president and chief operating officer, as executives who have left the US$43 billion distributor as the acquisition progressed.

In addition, the members of Ingram Micro's board of directors will be replaced by Humes; Boyd; HNA President Xiangdong Tan; Bharat Bhise, founder and CEO of Bravia Capital of Hong Kong; Ingram Micro CEO Alain Monié; Ingram Chairman Dale Laurance; and Jim McGovern, a former Under Secretary of the Air Force.

"Working together, we believe there are significant opportunities to continue to expand Ingram Micro's delivery platform and portfolio of solutions offerings into high growth regions and provide customers across a wide range of industries with greater access to new market opportunities," Tan said in a statement.

Humes and Boyd will be eligible to receive a lump sum cash separation payment equal to twice their salary and target bonus, a pro-rated 2016 bonus, health insurance payments for 12 months, outplacement services and accelerated vesting of outstanding equity awards. Humes had been Ingram Micro's CFO since 2005, while Boyd joined Ingram Micro in 2000.

"The closing of this transaction represents a significant milestone on Ingram Micro's path to growing our business," Monie, Ingram Micro's chief executive, said in a statement. "We are delighted to move forward with this partnership with HNA Group and excited by the opportunity to accelerate the development and delivery of an even stronger value proposition for Ingram Micro's vendors and customers globally."

The complex, far-reaching acquisition took 10 months to piece together, with the final element coming into place Friday morning with an announcement that Chinese antitrust authorities had approved the deal. Once that occurred, Ingram Micro's stock price jumped 3.5 percent from US$37.56 per share to US$38.87, just three cents below the agreed-upon payout US$38.90 per share.

The two companies initiated China's State Administration of Foreign Exchange (SAFE) process on 18 March when they filed the initial paperwork.

Monie said last week that becoming part HNA would enable the distributor to gain market share in China and invest without being hamstrung by Wall Street. Although Ingram Micro has been operating independently in China for 18 years, Monie said it remained the third or fourth largest IT distributor in the 1.4-billion-person nation.

With the closing of the deal, Monie believes Ingram Micro has the chance to become the largest distributor in China. The acquisition is additionally expected to make it possible Ingram Micro to take more risks and invest more rapidly in its high-priority e-commerce, cloud and lifecycle services practices, Monie said.

The US antitrust process was considered to be the deal's biggest potential stumbling block, and that had been successfully navigated by the beginning of November. Paul Bay, Ingram Micro's group president of the Americas, said last week that US antitrust officials put Ingram Micro through "one of the most intense vetting processes" that he's ever experienced.

As part of the Committee on Foreign Investment in the United States (CFIUS) review, Bay said he had to travel to Washington D.C. and sit down with officials from nine US government agencies, including the departments of State, Justice, Homeland Security, Commerce, Treasury and Defense, and discuss the potential national security impact of the Tianjin Tianhai acquisition.

Even though the process was arduous, Bay came away from it confident that solution providers will continue to be able to transact with the US government through Ingram Micro.

Although US antitrust officials have grown increasingly wary of Chinese ownership of US technology assets, Ingram Micro and Promark, its public sector-focused subsidiary, do not hold contracts or sell products through its General Services Administration schedule that require a security clearance. Ingram Micro has said that under HNA, it would operate as a standalone entity with little interference.

Ingram Micro's shareholders approved the deal in June, with more than 99.8 percent voting in favour of the acquisition, with 0.1 percent voting against and 0.06 percent abstaining.

Mitigate tech risk in your business
By Michael Novinson
Dec 7 2016
8:21AM