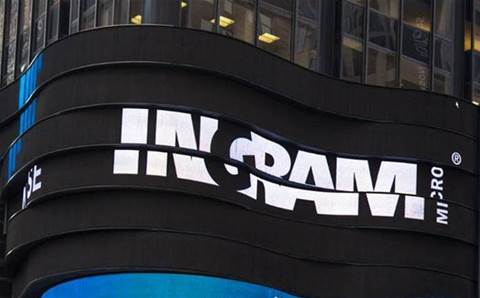 Ready For Next Stage Of Ingram Micro’s Growth

Ingram Micro, for the next few months the world’s largest IT distributor until rivals Synnex and Tech Data complete their merger, as of Wednesday was officially acquired by Platinum Equity from its previous owner, China-based HNA.

The deal, worth US$7.2 billion (AU$9.6 billion), comes as Synnex and Tech Data plan to close their merger, which will then create a new largest IT distributor with annual revenue of over $60 billion compared with Ingram Micro’s $49 billion-plus.

Paul Bay, president of global technology solutions at Ingram Micro, spoke with CRN US shortly after the close of the acquisition to discuss the impact of the deal on the company’s current and future operations.

“If you look at it, it’s a financial transaction,” he said. “There are no system changes. The operation’s the same today. [Platinum Equity doesn’t] have anybody here from an office perspective sitting here each and every day managing us. They continue to support the management, and our goals and objectives, and the excitement around the things we can accelerate, the things we’ve presented for both our short- and our long-term plans.”

One thing that did change is that Ingram Micro will no longer be considered to be a China-owned business. While Bay said the distributor had been “ring-fenced” to keep away possible Chinese influence over U.S. IT deals, he did say that the company is no longer subject to U.S. government oversight.

Here’s what Bay had to say about the acquisition and more.

Finally, a note on terminology: Bay, like many in the distribution business, uses the word “customers” to refer to channel partners, not end users. 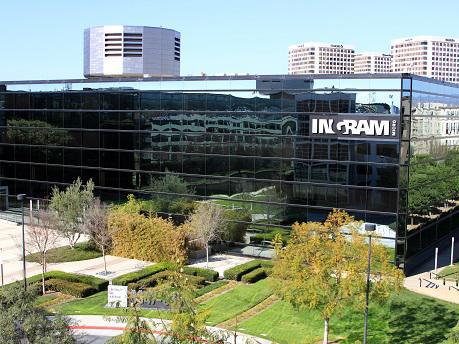 I would tell you nothing’s different in terms of yesterday versus today. I would tell you if anything’s different it’s the excitement of the opportunity that lies in front of us. The one thing that I’ve found out through this process, and I’ve spent a bit of time with Platinum, is their approach to value creation and how they share our vision to invest and support our plans to help our customers run better, grow faster, and do more for the customers they serve.

I’ve shared our strategies and what we’re going to do to help be an indispensable business partner, and they’re excited to help us continue and accelerate that opportunity we have in front of us.

What kinds of investments are you talking about?

We’ll look at both organic and inorganic. How do we accelerate opportunities to continue to build out things like our advanced solutions operations on a global basis? We have eight Centers of Excellence globally today around each of the regions, and on top of that thousands of specialists and solution architects.

Is there an opportunity for us to advance in that and accelerate our investments? Are there opportunities to look at mergers and acquisitions a little bit differently than maybe we were able to under the previous ownership? [This is] an opportunity to really accelerate the strategies we have in front of us and continue to deliver. Because, as you’ve heard us talk about, we’ve had two of the best years in the company’s history going into this acquisition. There has been quite a bit of merger and acquisition activity in distribution. What are the opportunities for a company like Ingram Micro?

Does that include potential acquisitions of solution providers and MSPs to bring in more expertise for your channel partner base?

I would define it maybe not as solution providers or MSPs. Maybe more around professional services-oriented [partners]. ... I think that’s one of the big opportunities that both our customers and our vendors have asked for: additional skill sets and capacity and capabilities around professional services. And we’re building that out with the opportunities around a global basis.

I think it depends on the services that we’re talking about. With some of these, there’s a lack of services in the marketplace where [customers are] actually asking us to help because they may not have that. And, in addition, there are services we’re able to augment. We’re going through that portfolio of opportunities now to see what do we want to be able to provide. I’m not going to go into the details about how the opportunity came. There’s lots of activity, as you’ve said, from the distribution standpoint. But how the deal came about, there are a number of different ways that could have come to fruition.

The good news, as I’ve mentioned, is one of the things I’m very excited about is just Platinum’s approach to the market and what they’ve done with their portfolio of companies. They’ve had some in the technology sector from a vendor perspective, and some small customers in the past. And I think it’s a great opportunity. One of their key things is, how do they empower management and really support and share the vision of how they invest.

We laid out early in the conversation, here’s what we’re looking to do, we want to continue to invest in our partners, help them build better businesses, run better, grow faster, and deliver ultimately more to the end users. And here are the ways we want to go invest. Things like modernizing partner processes and systems, which are key as this whole move toward digitalization has come about. Channel partners have told CRN that fact that HNA is based in China has been an issue in some areas of the U.S. market. Were they any issues for Ingram Micro because of its Chinese ownership?

No, because as we’ve outlined to you and many others, and I’ve spent a fair bit of time talking about, we were ‘ring-fenced’ in the relationship we had within the U.S. government. And public sector business continues to be, and has been, one of our fastest-growing segments. Now, with that said, because Platinum is a U.S.-based organization and as of July 2 when we closed we are no longer subject to oversight from the U.S. government related to national security.

Does that free up opportunities for us to potentially accelerate investments in the public sector area? Absolutely.

What kinds of U.S. government oversight was Ingram Micro subject to during that time?

I can’t go into the details of it, but I would say we had a very solid relationship with CFIUS, which is the Committee on Foreign Investment in the United States. As we mentioned, we were ‘ring-fenced,’ and that’s why we had the opportunity to really continue to deliver as successfully as we have because we were able to make the investments in our customers and continue to grow. Looking ahead, in the very near future, Ingram Micro’s position as the largest IT distributor will be displaced by the merger of Synnex and Tech Data. Can you discuss that new scenario?

Ingram Micro has said its executive management team will remain with the company after the acquisition by Platinum Equity. Do you expect any changes at all in the executive team?

No. Again, if you look at it, it’s a financial transaction. There are no system changes. The operation’s the same today. [Platinum Equity doesn’t] have anybody here from an office perspective sitting here each and every day managing us. They continue to support the management, and our goals and objectives, and the excitement around the things we can accelerate, the things we’ve presented for both our short- and our long-term plans.