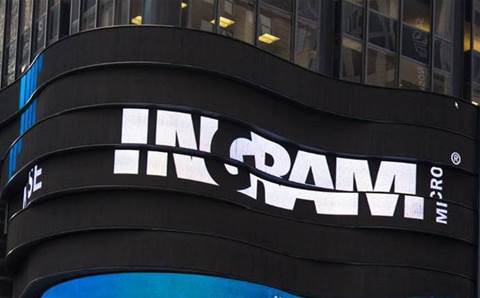 Resellers should prepare to up-sell their customers from opportunistic to strategic use of cloud, according to Ingram Micro’s vice president for CloudBlue Lincoln Lincoln.

Speaking at the distributor’s Cloud Summit in Sydney last week, Lincoln said end-customers are ripe to be upsold because they already expect and have adopted cloud, but often in an ad-hoc fashion.

Cloud adoption has been driven by consumer expectations of cloud services. Vendors like Microsoft, with Office 365, and Dropbox, are often so familiar to business owners or decision-makers that few barriers prevent their adoption at work. But Lincoln said that’s sometimes where cloud adoption stalls. 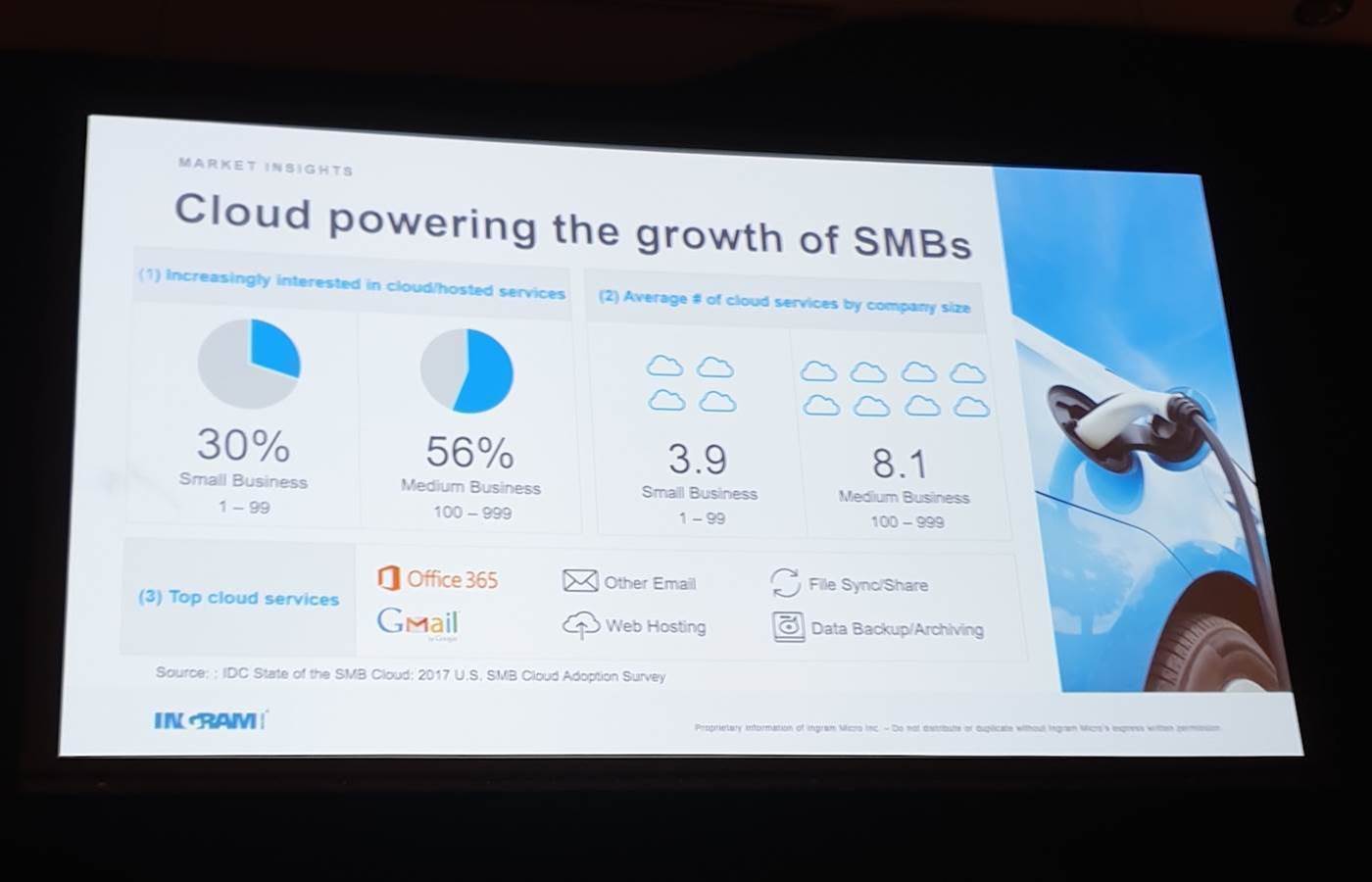 Resellers looking to go further should therefore consider their own skills, which he said evolve in four stages as outlined in the slide below. 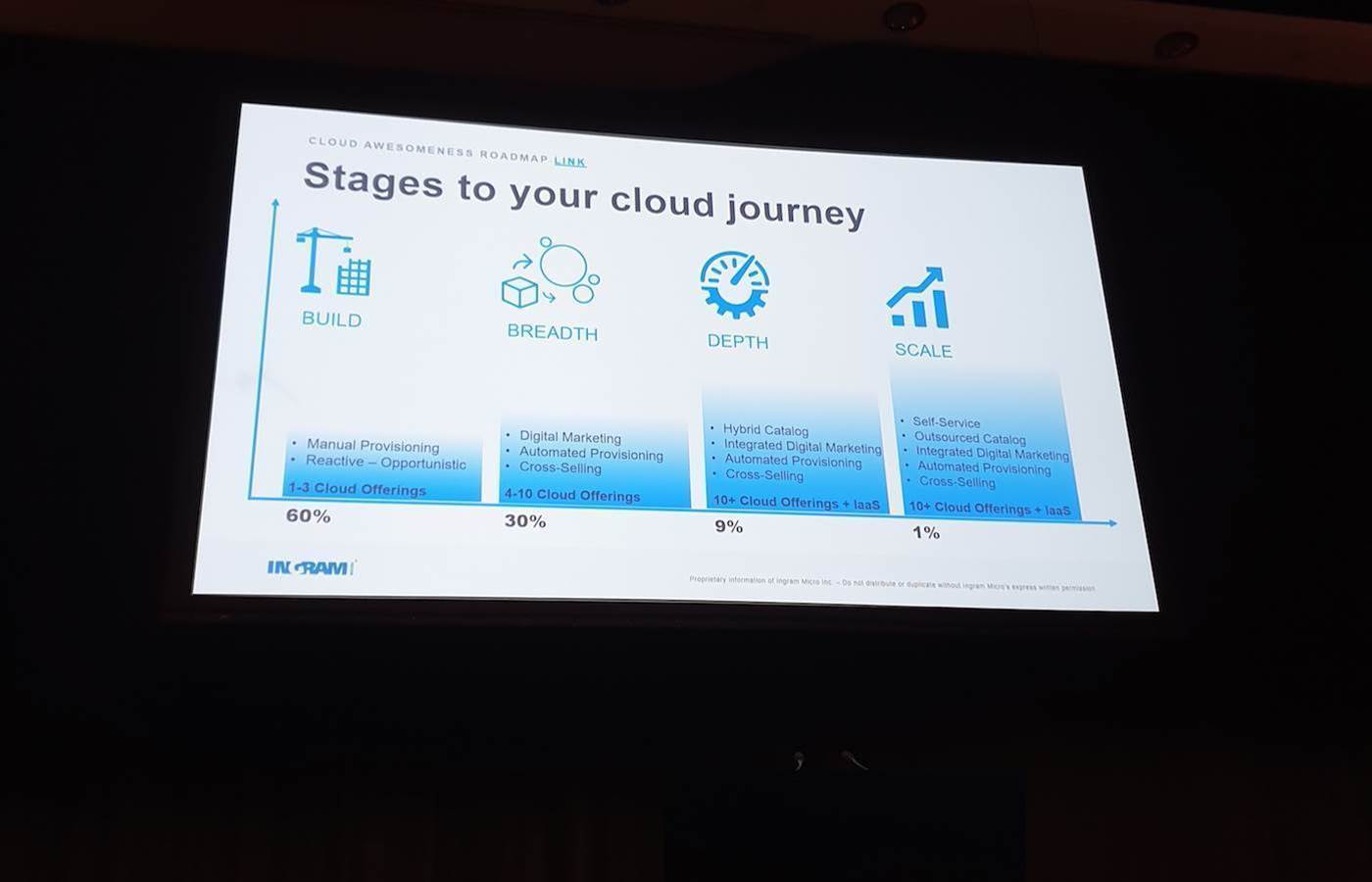 Moving between each stage of the cloud journey requires more investment in skills, he explained, but the rewards become greater the deeper and broader a partner’s cloud skills and engagements become. He therefore outlined what he called the “cross-sell product multiplier model” that lets resellers expand in all categories of cloud products that end-users adopt.

Most start with e-mail, he explained, before eventually reaching up to infrastructure-as-a-service (IaaS). 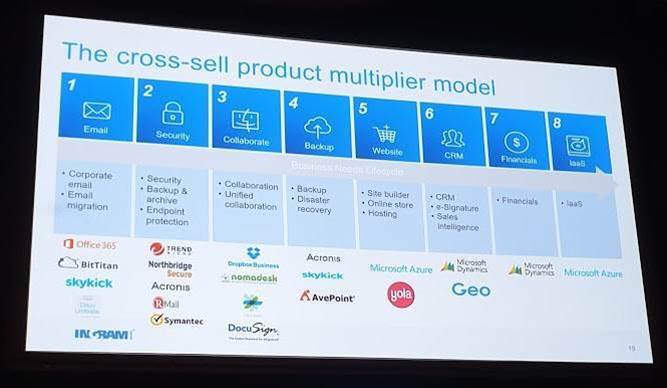 The latter is the stickiest and potentially most lucrative engagement, but also comes with the most complex requirements for reseller success as he explained when displaying the slide below that outlines the skills required to deliver IaaS. 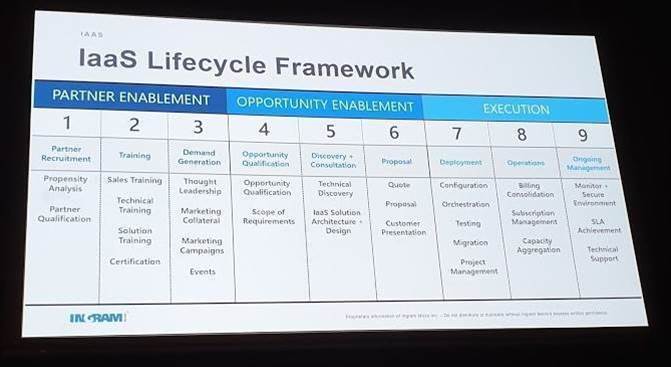 Ingram of course stands ready to help with its CloudBlue platform offering an easy way for resellers to provision a growing number of cloud services.