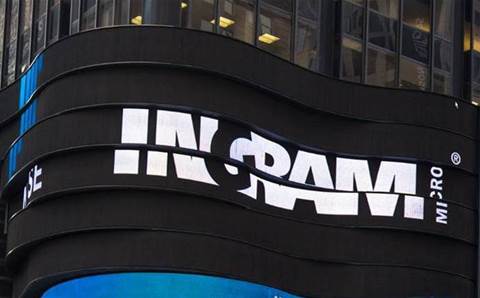 Ingram Micro is fiercely defending its independence in the wake of a report that its parent company, HNA Group, could be nationalised by the Chinese government.

The collapse of air travel to China in the wake of the deadly coronavirus outbreak has prompted Beijing to begin the takeover of HNA Group, one of the countries leading air carriers and the parent company of Ingram Micro, according to a report in Bloomberg.

A US spokesman for HNA told CRN that it has not issued a statement on the matter.

The regional government of the island province where HNA is based, Hainan, is said to be in talks to seize the company after travel restrictions meant to contain the spread of the virus have hobbled the conglomerate’s revenue, Bloomberg reported, citing people familiar with the plans.

If it carries out the takeover, China will sell a majority of HNA’s airline holdings to the country’s three largest carriers, Bloomberg said. However, Ingram Micro believes US laws that are already in place to “ring fence” the company from influence by its Chinese ownership would also protect the distributor if Beijing were to seize control of its parent company.

“What this means is that HNA’s ownership does not and cannot impact its separateness and all current corporate governance and stand-alone protections would continue to be in effect,” the company spokeswoman said. “This includes the requirement that our board consists of a majority of directors who are not affiliated with HNA, in the discretion of the US government’s Committee on Foreign Investment in the United States (CFIUS).”

HNA bought the distributor in 2016 for US$6 billion. The complex transaction required sign-offs from US and Chinese authorities and took Ingram private, removing it from the NYSE where it had traded since November 1996.

Ingram Micro has been the subject of repeated acquisition rumors since 2018 when Apollo Global Management, a private equity firm, was reported to have made an offer for the distributor. In 2019, there were reports that Ingram Micro parent company HNA was shopping the distributor to potential buyers, including RRJ Capital, a private equity firm operating in China and southeast Asia that has more than $10 billion in assets under management.

In December, Bay told CRN USA that HNA’s struggles over its debt is not reflected on Ingram Micro’s books.

“Whatever happens to our parent company or the debt that they have on Ingram Micro is not on our balance sheet from an Ingram Micro perspective,” he said.

Bay added that its credit was “re-validated by Moody’s,” which he said gave the company a good rating.

Ingram Micro CEO Alain Monie described how the company fit into the larger parent group in a May 2018 interview with CRN, saying it is isolated from its larger, Chinese-owned parent.

“We have a framework within which we operate that is very independent from HNA,” he told CRN at the time. “We have what we call our ‘ring fencing’; that really allows us to continue our development without having to look at all of these political [issues]. We feel very safe where we are today.”

While it is not publicly traded, Ingram Micro publicly reports some financial information for its investors. In its most recent quarter ending Sept. 28, the company’s net sales were $11.87 billion. That is down a percent from the previous year. For the most recently reported three quarters the company had sales of $34.9 billion, off $622.9 million from the previous year’s three-quarter total.