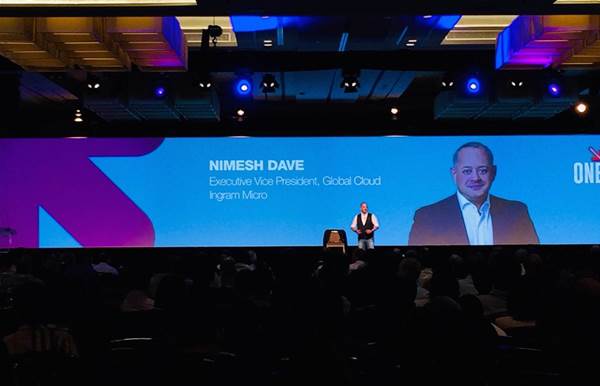 The next release of Ingram Micro’s cloud platform CloudBlue will allow independent software vendors to offer their wares as software-as-a-service without having to first formally engage with the distributor.

Nimesh Dave, Ingram’s executive vice president for global cloud told the company’s ONE APAC event in Singapore this week that Ingram will still have rules that determine the kind of ISVs that are permitted into CloudBlue, but that the company’s aim is to have developers consider the company a better alternative to application markets hosted in other clouds’ marketplaces.

And that includes even Amazon Web Services, which Dave said is a graveyard for ISVs because its marketplace is so large, but also so lightly-curated, that ISVs will struggle to find customers for their products. Ingram thinks that by making CloudBlue more accessible it will give itself the chance to show its demand-generation and money-moving skills to more ISVs, while also satisfying its retinue of resellers by bringing them new products to put in front of their end-customers.

Dave added that he now categorises all partners as ISVs, because all have intellectual property they can expose and deliver through the cloud. Ingram’s current partners, he said, are therefore already clamoring to get into CloudBlue

“We have the largest ISV pipeline that we have ever had,” Dave told CRN Australia. “That’s new software."

Putting some muscle behind vendors is of course a core activity for distributors, but Dave said the fact Ingram’s doing so from its own cloud means it’s evolved to become a “solution aggregator” rather than just a distie.

As another example of this new direction, Dave revealed that Ingram has added a substantial practice dedicated to helping its partners migrate their clients’ applications to the cloud. By offering such services the company hopes to help its partners to continue engagements as end-customers ask for more cloudy engageents.

Ingram’s also betting big on APIs and integration, to help resellers stitch together their end-customers’ applications with SaaS hosted in CloudBlue or beyond. Doing so will see Ingram offer services to make such API-driven connections, an activity beyond conventional distribution.

Ingram received support for its role as a “solution aggregator” from Shirley Strachan, Microsoft’s APAC general manager for IoT device experience sales, who used the term to describe the company when she explained the opportunity that the internet of things offers to vendors.

Strachan classified Ingram as an aggregator because IoT projects nearly always involve multiple vendors and implementers, but they need a single entity that understands the competencies of all, can help them to work together and also assist the client to deal with multiple parties in the simplest way possible.

Microsoft’s already happy with Ingram wrangling several vendors in its IT-as-a-service offering, which also sees it go beyond simple distribution. So perhaps there’s more to this new jargon than just a buzzword tossed into conversation with the media.

Simon Sharwood traveled to ONE APAC as a guest of Ingram Micro.