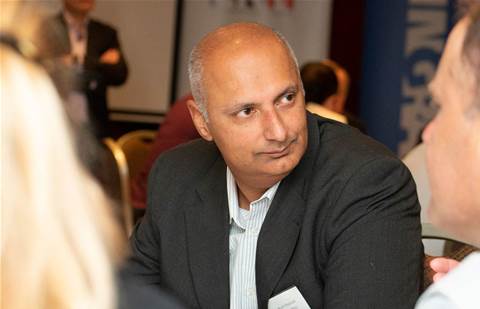 As part of his role, Wadvani will be involved with NetApp’s ONTAP data management software.

“It’s a great opportunity with hyperscalers and what Microsoft is doing with Azure,” Wadvani told CRN.

“There’s a lot of momentum for backup and disaster recovery and of existing customers moving their Windows Server 2007 and SQL Server, which are both on end-of-life, and help companies move their workload from on-premises to Azure.”

Wadvani said his role was created to support NetApp's launch of Microsoft Azure support for ONTAP, which he said is expected to go live “in the next month or so”.

ONTAP is NetApp’s proprietary operating system for storage disk arrays, which acts as a data fabric layer, which allows managing workloads between on-prem, private and public cloud. It currently has both Google Cloud and AWS support.

“I thought this was a really good opportunity to leverage my knowledge around Azure and help partners to become more successful with cloud, thanks to my role at Ingram,” Wadvani said.

“It’s also a good opportunity for me to also continue with the base understanding of what Azure is in the market and the opportunity it presents to the market.”