Ingram Micro's Matt Sanderson to depart after 'turning around' distie 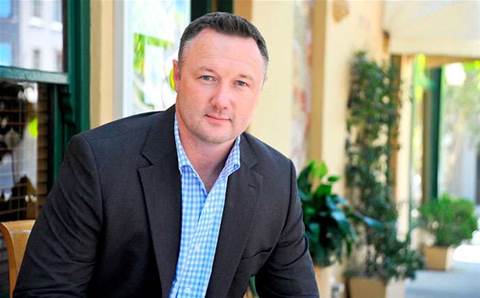 Matt Sanderson, managing director of Ingram Micro Australia, is heading back to his native UK to take up a role as chief executive of the distributor's UK and Ireland arm.

In a statement, the distributor said that "after successfully turning around the Australian business, Matt Sanderson has been promoted to the role of chief country executive UK & Ireland and will be leaving Australia to start his new role on July 1st".

Sanderson's departure comes more than three-and-a-half years running the Australian operation, one of the biggest roles in the Australian distribution landscape.

He is being replaced at by Felix Wong, Ingram Micro chief country executive ANZ, who "returned to Australia at the beginning of this year to head all four business units of Ingram in Australia and New Zealand: core distribution, cloud, commerce & fulfillment and lifecycle services", according to Ingram.

It marks the second time Sanderson has left Ingram Micro Australia – he spent five years here from 2004 to 2009 before returning to the UK as managing director for three years.

Under Sanderson's leadership, the distributor's revenues have recovered, and cracked $2 billion for the 2015 financial year, he revealed to CRN last December. The local operation – which had previously come in for criticism during investor calls by its global parent – was now being praised by global CEO Alain Monié for the upbeat results.

The biggest development for Ingram Micro globally came in February, when it was revealed that it had been acquired by China's HNA Group for US$6 billion. The Australian arm itself is no stranger to M&A activity – the distie snapped up local Australian & New Zealand distributor Connector Systems in February.

The past few years have seen significant disruption in the distribution landscape, not least the impact of cloud on the traditionally hardware- and licensing-centric sector.

Ingram Micro has invested heavily in its cloud business, launching a platform based on the Parallels – Ingram went as far as acquiring the assets, including intellectual property, of the Odin services automation platform in December.

In Australia, Ingram's cloud strategy has leant heavily on Microsoft, especially Office 365, as well as complementary products such as SkyKick, which automates migration to Office 365.

Sanderson is not the only senior Ingram Micro Australia executive to depart – chief financial officer Etienne Choquet is also heading back to Europe after five years as the Australian CFO.

Eliminating departmental friction within MSPs
By Steven Kiernan
May 31 2016
4:27PM