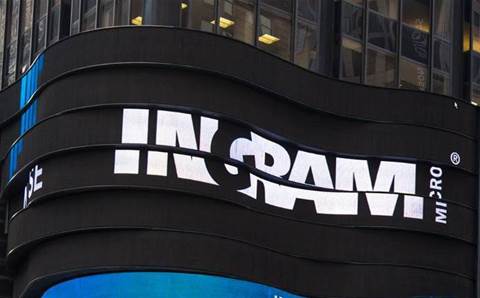 The parent of Ingram Micro have once again shot down rumours of a sale, after sources told Reuters that several Chinese groups, including Huarong Asset Management, have been in discussions this year to buy the major technology distributor from HNA Group.

The US-based IT distributor, which HNA bought for US$6 billion, was part of the US$50 billion worth of deals the conglomerate announced over the past two years. Now, faced with soaring debts and Beijing’s crackdown on aggressive dealmaking firms, HNA is looking to raise cash through sales, sources said.

The Chinese aviation-to-financial services group began sounding out potential buyers for Ingram earlier this year and held talks with several Chinese investors in recent months, according to three people familiar with the discussions.

One source with direct knowledge of the matter said state-backed China Huarong Asset Management was among those that held talks. Huarong wanted to pay less than US$6 billion for Ingram but later ended discussions on concerns over whether it could pass US regulatory approvals, the source said.

The sources did not identify the others that had shown an interest in Ingram - the sale of which to any Chinese bidder is expected to be complicated by the US terms imposed at the time of the HNA-Ingram deal in 2016. The current US-China trade tensions are muddying the outlook further.

HNA has “no plans or intention to sell Ingram” and has great confidence in the company’s prospects for continuing strong growth, a spokeswoman for the group told Reuters late on Monday.

HNA Technology, the HNA unit which owns Ingram, had also in January denied reports of a sale even as speculation mounted over the assets HNA would look to offload with the group’s debts soaring 22 percent to about US$115.74 billion at the end of 2017.

China Huarong did not respond to a request for comment, while the Committee on Foreign Investment in the United States (CFIUS) that scrutinises foreign purchases of the country’s assets declined to comment.

CFIUS, when approving the HNA-Ingram deal, had said Ingram must operate as a stand-alone entity.

“Given the strict operational separateness mandated by the US government ... any potential sale of Ingram to any Chinese acquirer, be it a state-owned enterprise or not, is likely to be met with intense US regulatory vetting which would make its feasibility very challenging,” an Ingram spokesman said in an email to Reuters.

The composition of Ingram’s board is also controlled by an agreement between the company, CFIUS and the US Department of Defense, according to a report by ratings agency Moody’s and a person with direct knowledge of the matter.

HNA declined to comment on the report, saying the national security agreement among Ingram, HNA and CFIUS was confidential.

National security concerns amid intensifying Sino-US trade tensions are expected to be a major hurdle in any potential sale of Ingram to a Chinese buyer.

Washington and Beijing have proposed tens of billions of dollars in tariffs in recent weeks, fanning worries of a full-blown trade war that could dent business investment plans.

Last month, HNA dropped its bid for most of SkyBridge Capital, a hedge fund investment firm, as the deal was still stuck with US regulators after more than a year.

That extended a list of Sino-US deals which have failed to win regulatory approval, including Ant Financial’s US$1.2 billion bid for MoneyGram International.

Qualcomm’s proposed US$44 billion takeover of NXP Semiconductors has also been caught in the crosshairs of the trade tensions. The deal has received approval from eight of the nine required global regulators, with Chinese clearance the only one pending.