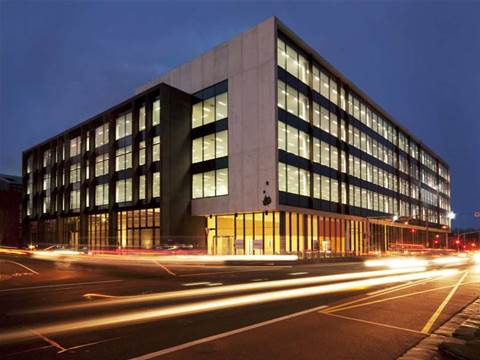 Ingram Micro Australia was preparing to switch to a SAP ERP system on January 31 following a 12-month implementation project.

The system was implemented in partnership with Accenture and replaced Ingram’s 10-year-old legacy Adonis system, which was no longer commercially supported or suitable to requirements.

The roll-out would put the distributor in line with its international branches. In this region,  and have completed the roll-out.

“We review our IT systems from time to time as we want to make sure we have the right systems in place in order to transact both internally and externally,” Cleary told CRN.

“We simply couldn't scale [Adonis] to the type of business we are now or want to be in the future. We needed to be a sophisticated flexible platform for our future growth.

"It will also bring us in line globally and we’ll be able to leverage worldwide best practice,” he said.

The overall cost of the upgrade was not disclosed but Cleary confirmed that Ingram had invested a "significant amount of resources in new hardware" to support the new system.

The world wide project kicked off in 2009 but locally Ingram began the process 12 months ago. Lorraine Cowan was appointed director of SAP and was responsible for the project.

“Accenture have provided both local and international representation to implement SAP. We’ve had Accenture staff working at Ingram full time to help us implement this,” Cleary told CRN.

Cleary said the changes would be “relatively seamless” for resellers as the project was "more about Ingram making changes internally to its system functionality".

However, to integrate the SAP system with the partner portal Techlink, Ingram planned some enhancements where product codes and some product descriptions would be modified.

The Techlink website will be closed for order processing from 10.30am January 27, although resellers will still be able to check prices. The site will be fully offline from end of day January 27 until 9am on January 31.

The current ERP system will be shutting down for transactional processing as of January 28.

Ingram will be open for customer phone enquiries and will accept faxed and emailed orders during this period for uploading into the new system on January 31.

“We started communicating with customers just before Christmas and another letter of communication was sent out this week to tell them what we’re doing,” Cleary said.

“We’re not replacing Techlink in the foreseeable future. The enhancements will give our customers a better view of product availability, pricing and a real-time view.

“The product code on Techlink will change to a new 10 digit format and some descriptions will change," Cleary said.

Staff were in the process of receiving a significant amount of training and testing, Cleary said.

“You can imagine with an implementation like this testing and training is imperative to ensure effective implementation,” he said.