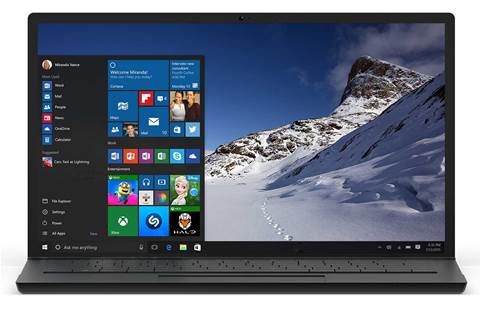 Microsoft has told regional resellers at Ingram Micro’s ONE APAC event In Singapore that IT-as-a-service offerings would help to shrink the PC sales cycle to as little as 2.4 years and would soon see most PC sales to businesses use a subscription model.

Intel, Microsoft and many others have tried for years to get businesses to refresh their PC fleets more often, because many buyers have been happy to let their machines age as they’re sufficiently powerful for most workers.

Intel’s response has been chips that process video faster or are kinder to batteries. Microsoft’s was Windows 10. OEMs have tried to tantalise with new form factors for PCs.
None have succeeded, as shown by PC sales’ long slide downwards (with Q2 2018 the sole exception in recent years).

Now Microsoft believes that a subscription service for devices can turn things around. Ingram Micro agrees and has developed a portal that allows resellers to offer ITaaS.

Ingram and Microsoft have a list of “hero” PCs from big OEMs. Ingram’s built a program akin to those offered by mobile phone fleet operators, offering rapid deployment and replacement of devices, elastic fleet sizing and more. Windows and Office can easily be bundled.

Ingram execs told the event that while the portal and service remain works in progress, actual transactions have already taken place. The lucky reseller who did the deal - tens of PCs and a complete fleet refresh for a non-profit organisation - reported that it was easier to sell volumes of product with ITaaS than in a conventional sale.

Microsoft praised Ingram’s offering and said it expected buyers around the world to express enthusiasm for such arrangements. 2019, resellers were told, will see 30 per cent or more PCs sold with subscription models.

Ingram didn’t say when its ITaaS portal would go live, but the demo shown at the event appeared to be a close-to-final effort. The tool allowed resellers to assemble quotes and listed monthly partners will receive once they complete a sale.

Simon Sharwood travelled to Singapore as a guest of Ingram Micro

Cloud application revenue made easy
By Simon Sharwood
Aug 8 2018
6:50AM