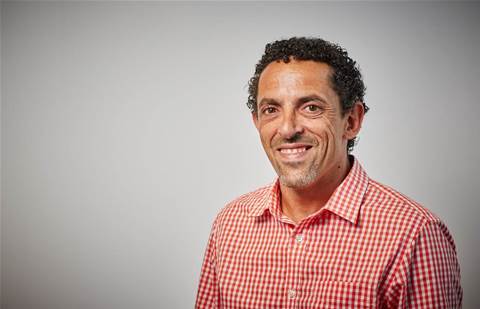 IGEL offers an operating system that turns PCs and thin clients into vessels that deliver virtual desktops, plus management tools that let one sysadmin manage those desktops at extraordinary scale. End-users never experience IGEL’s OS, instead seeing only whatever virtual desktop they’re provided. The result of implementation can therefore be hardware refresh cost avoidance and/or lower admin costs, all without end-user confusion.

IGEL’s wares can also be boiled down into a bootable USB drive, making it possible for a device to turn on and offer a locked-down desktop that can’t touch the contents of a local drive.

The company’s wares can also be used to access cloud-hosted desktops, such as Windows Virtual Desktop (WVD). WVD is not just Microsoft’s foray into cloudy desktops, it is also the only way to run Windows 7 with ongoing support and security fixes, but without extra support payments!

Insentra co-founder and CEO Ronnie Altit told CRN he was attracted to IGEL because he thinks demand for virtual desktops, especially cloud-hosted desktops, is set to surge. Microsoft, he says, has signalled its intention to make Windows something consumed from a data centre rather than the desktop. The company has made that more likely by including WVD usage rights in Office365, meaning customers pay for cloudy compute resources rather than licences.

Altit also sees IGEL as a good fit because Insentra has previously worked with a vendor called FSLogix that Microsoft acquired in 2018 and now uses to power WVD. Insentra also possesses Citrix and VMware skills that cover those vendors’ desktop virtualisation (VDI) and application packaging offerings. The latter are important to Altit because they offer capabilities WVD does not, meaning Insentra can offer a wide range of services around IGEL’s wares.

IGEL’s USB offering also appealed, as Altit feels buyers will appreciate it as a disaster recovery option and as a way to provision desktops for temporary staff.

Insentra will happily pick up the baton to do so as master distributor, with Exclusive remaining as a distie. Insentra will also deliver support and professional services. The latter aren’t in Exclusive’s portfolio, so Insentra ushering IGEL back into the local market should be a positive for the distie as it has strong potential to create demand.

The Insentra deal caps a busy week for IGEL, which this week announced a Linux client for WVD.