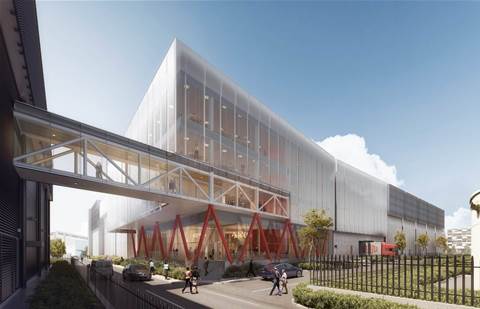 Equinix operates data centres at a scale beyond any other company in the world.

The colocation leader leases server racks in 202 facilities across 24 countries. That computing infrastructure forms the IT backbone of many of the world's largest multi-nationals and supports cloud giants as they grow their operations and extend into new markets.

But the surging demand for cloud services has made Equinix' substantial existing capacity a bit restrictive for some of its largest and most-prominent customers.

To scale to the needs of hyper-scalers, the company struck an alliance with GIC, the sovereign wealth fund of Singapore. Together, they are forming a joint venture that will start spending US$1 billion to construct new facilities for an elite dozen clients.

Because of Equinix' omnipresence and scale, the industry's largest clouds rely on the data center giant when they need to add capacity quickly or deploy edge nodes and gateways in markets around the world.

Sometimes those providers provision a couple cabinets to meet demand in a specific region—other times they scale to a substantial deployment of 50 racks.

"Historically, when they approached us with larger requirements, and they could see we were building large sites, we basically had to say no," Schwartz said.

"Our capacity was devoted to our existing business model, and had we said yes to them, we would have had to say no do other customers."

As hyper-scale clouds looked to lease more racks, the company grappled with concerns that dedicating large sections of its IBX data centers to those unique customers wouldn't leave enough servers for hundreds of other enterprises.

The xScale facilities should ease those limitations—at least for the select dozen hyper-scalers. The largest clouds will be able to provision capacity in the megawatts; installations constituting hundreds of cabinets.

But even by building out and dedicating those computing resources, Equinix doesn't expect to entirely satiate the cloud giants, Schwartz said.

"The demand and scale of what they hyper-scalers need goes beyond what we have in mind to build," Schwartz said. "But we can cover a piece of it."

As the joint venture comes to fruition, Equinix is working on signing agreements with 12 of the world's largest cloud providers.

While it hasn't finalised the list of customers to occupy xScale sites, Equinix told CRN USA it is pursuing deals with the likes of AWS, Google, Microsoft, IBM, Oracle, SAP, Salesforce, Facebook, Alibaba, Baidu and Tencent.

The downside of that limit is "the exclusion of next three to five hundred [enterprise customers] with requirements of that size, but not at a global distributed basis at that level," Schwartz told CRN USA.

Despite their exclusion from xScale, Equinix expects even more global enterprises to gravitate to its existing facilities as building capacity exclusively for hyper-scalers will extend the company's leadership in the overall cloud ecosystem.

And by dedicating capacity to a small group, Equinix can work closer with those customers to meet their unique needs.

Narrowing eligibility to a small group "allows for tighter engagement and coordination," Schwartz said. "We're asking them for deeper insights into their pipeline and forecasts so we can be better aligned."

When the joint venture wins regulatory approval and closes later this year, the investment powerhouse, through its real estate division, will own 80 percent, and Equinix the remaining 20.

GIC's piece of the pie comes through its cash contribution to the project. Equinix is buying-in by offering the joint venture two of its existing IBX facilities—one in London and the other in Paris.

The US$1 billion initial fund is just the beginning, Schwartz said.

As the venture starts building data centers in Europe, it expects to draw more equity from GIC and Equinix, and more debt from lenders, he told CRN USA.

The joint venture will start with six xScale data centres.

To hit the ground running, the deal was crafted so that Equinix would transfer two of its existing facilities to the venture: one in Slough, on the outskirts of London, and another in Paris. Both are already in operation and largely leased—the day the deal closes, the joint venture will already have live customers and revenue.

The Paris facility was recently built from the ground-up specifically for hyper-scalers. The London site is the only traditional IBX data center that will be repurposed for the xScale project.

Next will come ground-up builds: two in Frankfurt, Germany; another facility in London and one in Amsterdam, Holland.

"The strategic challenge is to ensure this first group is a success, and then how to extend the model to more geographies or more assets in existing geographies," Schwartz said.

The xScale facilities will be of a size comparable to the largest of Equinix' current IBX data centers, though engineered to the unique technical and operational specifications of public clouds, Schwartz said.

"These structures do better when they're large," he told CRN USA. "And given the growth Equinix has enjoyed, we're in a very good position to execute at large scale."

The first six facilities, once completely online, will operate at a combined 155-megawatt capacity.

That provides space for hyper-scalers to stretch their deployments to meet the demand of a surging base of enterprise customers, Schwartz said.

Cloud providers might opt to become xScale clientele for reasons beyond scaling their server capacity.

All the hyper-scalers, to varying degrees, build their own data centres. But that's typically easier for them in home markets or other major hubs of their operations.

Equinix, responsible for managing and staffing xScale facilities, has mastered many of the nuances and stumbling-blocks of building and operating data centers in foreign markets.

"Everything gets complicated with currencies, countries, tax," Schwartz said. "xScale has figured out the model for those things, and now we can replicate it for its customers."

Sometimes cloud providers can forecast their requirements with high precision. Other times they can't.

Uncertain forecasts are a liability when building their own data centres, which typically require two or three years for permitting and construction.

The xScale venture shortens that lead time—cloud providers will be able to purchase capacity less than a year before a new facility becomes available for use. That's closer to "on-demand," Schwartz said, "which has appeal."

By contracting with Equinix, cloud providers also gain flexibility in their cost structure.

"If they build something, they're committed for the life of that asset," Schwartz said. Even a 15-year Equinix contract is flexible by that standard.

And xScale contracts are even shorter—10 years or less.

Some cloud providers, looking for even more flexibility, are pushing Equinix to allow even shorter commitments. That creates a tricky calculation.

"For xScale, there needs to be some limits," Schwartz said.

That's true on the long end of the time frame as well.

"We have to be cautious about not going too far since our costs can change," Schwartz said. "So there's this medium zone of commitment that also affords them flexibility they couldn't get on their own."

All xScale sites will be within half-a-kilometer of existing Equinix IBX data centres. That's important, Schwartz said, because it ensures xScale customers can connect to all major network carriers.

Network neutrality has always been part of the Equinix value proposition, and hyper-scalers moving into xScale facilities offered by the joint venture will have the same interconnectivity options as IBX customers.

"They would far prefer for their carriers to come to them," Schwartz said. "We are a strong neutral option for them. Certainly the biggest and the best."

"All those elements, together, in different proportions for different hyper-scalers, are attractive," he said.