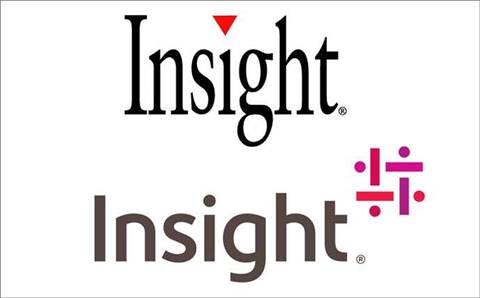 Insight is showing it has grown beyond its core area of software licensing with a corporate rebrand and renewed focus on cloud and consulting.

The IT solutions provider, which generates over US$5 billion in global revenue and is listed on the NASDAQ, has unveiled a new logo.

Andrea Della Mattea, Insight's Asia-Pacific senior vice-president, told CRN that the local company had been investing over recent years to move the business in new directions. A big area of investment has been to expand its consulting services.

She said that Insight's legacy had been "as one of or even the best company in licensing." but was transforming as a consulting company for the cloud era.

Insight is one of the larger IT providers in the Australian channel, with revenue around $150 million and roughly 130 employees. Della Mattea said that Insight's Australian clientele are rapidly switching toward cloud, following the arrival of the major public cloud vendors. First Amazon Web Services launched in 2012, after which Microsoft, Cisco, VMware and IBM all established local cloud operations.

"Back a couple of years ago, I would tell you that I saw more traction around clients making cloud-based investments and decisions in the US market then followed by the UK market then to a degree the European market," said Andrea Della Mattea. "They were faster to make more meaningful decisions and be able to move their workloads into the cloud, which could be hybrid or public clouds. Most had done virtualisation in private clouds."

Now Australia is racing ahead, "in part because of the investment we have seen. Microsoft launched their local cloud offering, VMware launched theirs. SoftLayer launched here. AWS has a massive presence here. You have these large global companies making more significant investments in our geography in last 12 to 24 months. I have more clients coming to us and saying, 'Which cloud, which workload and how do I manage in a hybrid environments?'"

"I have seen more change over past few years than I have seen over last couple of decades... IT used to all about 'information technology'. It was the hardware, the right server, the right desktop, the right licensing construct… you saw distinctive lines around hardware, software and the varying sub-units of services.

"Fast forward to today and our industry looks incredibly different. Companies that were around five and 10 years ago are no longer here. We have seen tremendous consolidation at every level: hardware vendors, software vendors, systems integrators and as well as distribution. Every level of the channel has been impacted by consolidation," said Della Mattea.

She said that Insight had undergone dramatic changes since being founded in 1988 as a systems builder.

"What is the biggest change I have seen? Our clients today. We do business everywhere, from enterprise and government to midmarket. Our clients are today looking for business outcomes. They are looking for us to drive their revenue. IT today has to help the business today meet different business needs."