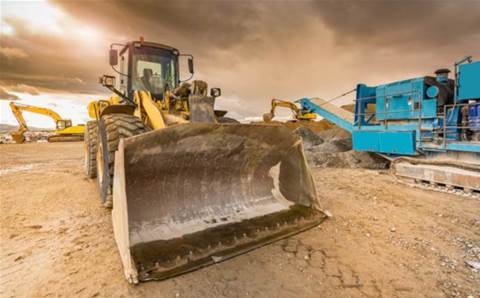 Insight Enterprises has leveraged its years of resources industry experience into work on a new Azure cloud, artificial intelligence and internet of things project at Newcrest Mining's Cadia Valley mine in rural New South Wales.

Insight is a Sydney-based  IT consultancy and has previously worked with Newcrest on other projects. Those efforts went well - so well Insight was again engaged to develop a solution to help monitor and manage underground crushed ore bin levels, supplementing the existing physical sensors with a “soft” sensor based on advanced analytics and industrial IoT.

The ore bins were previously monitored by human "spotters" who made sure they weren't too full or under-filled. Too much ore in a bin means manual work to empty it out. Too little ore means downstream processes won't operate at optimal capacity.

Insight is one of multiple Microsoft partners working with Newcrest as part of a larger project, focusing on the Azure-based platform.

"When it came time to go and start working on big projects, our previous experience and similarity with Newcrest no doubt helped us," Vanamo said.

"Insight has also been on a journey over the years to build mining-specific IP, which we bring to projects, and we also work with many different miners in the past."

Vanamo said Newcrest previously experienced downtime due to failures of the hardware sensors.

“Newcrest had experienced over 4000 minutes of downtime over a six-month period due to sensor failure alone,” Vanamo said. “In a mining company, every minute of downtime [would result in] lost revenue.”

Newcrest digital and data science architect Gary Slater added that the sensors would fail at a rate of two or three times per-crusher-per-month, and that it often took hours to resume operations.

Insight wanted to use advanced analytics and industrial IoT to develop a software sensor that predicted the level of ore in the crushed ore bins when the hardware sensors fail.

“This is a great example of how advanced analytics and industrial IoT can bring value over traditional operational technology like combining machine learning and the vast amount of sensor data that is available throughout the value chain before the ore gets to the crushed ore bins,” Vanamo added.

Specifically, the solution also pulls data from other upstream sensors like ore tippers, apron feeder speeds, and the weight of material on conveyor belts.

"In an industrial setting like this, it's important to be able to run these machine learning algorithms reliably on the edge side," Vanamo said.

"Microsoft's IoT edge capability was used to orchestrate the deployment of containers, which held the machine learning to the edge that ran on Newcrest's mine site."

Vanamo added that by utilising the Microsoft IoT hub and IoT edge technology as building blocks to do the heavy lifting allows Newcrest to deploy and update algorithms on the edge at a much faster rate and improved reliability, instead of having to build the same capability from the ground up.

“With Azure’s AI machine learning and IoT capabilities we see a future where our mines are automated – making our mines safer and more productive,” Wood said.