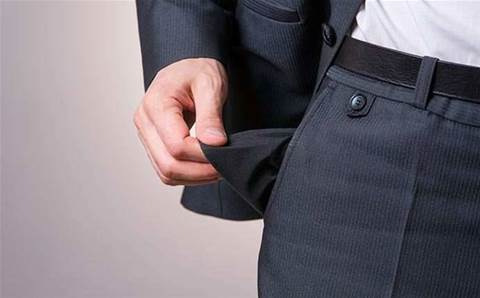 Insight Enterprises continues to feel the effects of changes Microsoft made to its partner program in 2014, expecting another multimillion-dollar hit to its earnings this year.

In 2014, Microsoft changed its partner program, cutting its cloud sales commissions, including those on its Office 365 incentive fees. In the process, the company aggravated some of its partners, many of which relied on those commissions.

The changes also affected Microsoft's Licensing Solution Providers such as Arizona-based Insight; LSPs are the only partners Microsoft allows to sell licensing agreements to large corporations.

That shift in Microsoft's partner program reduced gross profit for insight's North America software business by $11 million to $14 million, moving the company's overall profit down 6 percent overall from 2013 to 2014.

Insight projected that the changes reduced overall profit in its 2015 fiscal year between $5 million and $10 million. At Insight’s fourth-quarter and end-of-year earnings call last week, company officials said gross margin was down 13.3 percent, primarily due to the program changes, resulting in about $8 million loss in gross profit, nearly evenly split between Europe-, the Middle East and-Africa (EMEA) and the Asia-Pacific region.

When CRN USA first reported on the program changes in 2014, a Microsoft spokesperson said vendor was acting for two reasons. First, it cut pricing for Office 365 volume licensing plans by 15 percent in August 2013, then aligned partner fees to match the lower rates. Second, in the same month, Microsoft launched Office 365 Add-Ons, which let customers add Office 365 subscriptions to an existing enterprise agreement and get discounted pricing.

Because the add-ons cost less than the full Office 365 subscriptions, Microsoft "created the blended rate to keep Incentives calculations simple and continue to adequately compensate partners regardless of the deployed product", according to a Microsoft document sent to partners and viewed by CRN in 2014.

For 2016, Insight is projecting that the program change will continue to affect the company due to long-term enterprise migration agreements of previous contracts, leading to another fall of between $5 million and $10 million of gross profit.

For the quarter, both revenue and earnings fell slightly. Insight said its US$1.4 billion in sales was down 4 percent from the fourth quarter of 2014, while earnings, which totaled US$180.9 million, slipped 1 percent.

For the year, the company posted consolidated net sales of US$5.4 billion, up 6 percent, while earnings absorbed a 1 percent hit from 2014, to US$716.3 million.

In a statement on the latest earnings call, chief executive Ken Lamneck said Insight will try to combat the profit plunge by leveraging its expanded sales force in the large corporate space to land new clients and add business with current clients around supply chain, software and cloud.

He said the company will also expand its reach in its government business – K-12 education, along with state, local and federal governments – by leveraging its networking, public safety and software capabilities.

Finally, Lamneck said Insight is looking into ways it can expand its small-to-medium-business sales by evaluating all facets of its sales operations, from hiring, training, development and compensation to strategies that focus on digital marketing, web animation and cloud aggregation. Lamneck said he would provide details on those efforts later this year