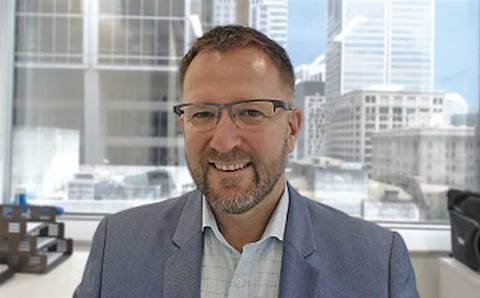 Morgan kicks off his Insight role this week, after two years as executive general manager of transformational services with Empired, and boasts a resume including the chief executive position for Australia at Intergen, an Empired-owned MSP.

Prior to leading Intergen’s Australian operations, Morgan spent more than seven years with Oakton, where he began as information management director before becoming the executive general manager for NSW.

Morgan, who had taken notice of Insight's strengthening presence in the local market, expressed enthusiasm about joining the team.

“I’ve watched with interest over the years as Insight has gone from strength to strength and believe the business is uniquely placed to take advantage of new opportunities in the rapidly changing IT environment in our region. I’ve been really impressed with the people I’ve met and the culture at Insight and couldn’t be more excited to be a part of the team, its growth and success.” he said.

Morgan takes the Insight position following departure of Matt Hendra, who became managing director of global medical supplies producer Henry Schein’s international veterinary solutions division. The division has acquired a number of companies that offer software solutions to the animal health industry. Hendra will oversee the business outside of the US.

Hendra’s departure follows four years with Insight and more than 16 years in various other IT roles.

Henry Schein is a US-based medical, dental and animal health provider of products and services with operations in more than 33 countries and about 19,000 staff. The company’s sales reached US$10 billion in 2015.

Based in Sydney, Morgan holds an MBA from the Macquarie Graduate School Management.