Insight: Why we bought Ignia 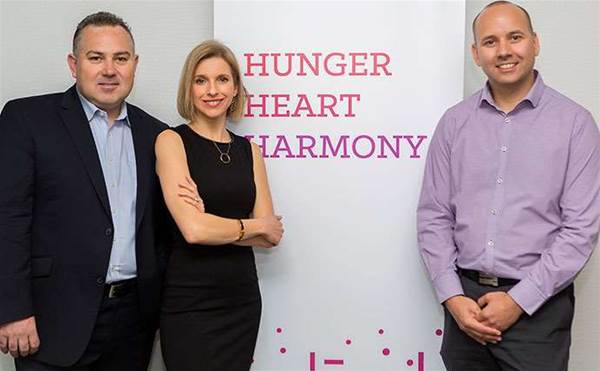 Leaders of Insight and Ignia have opened up to CRN about this week's merger, which saw the Perth-headquartered company snapped up by the world's largest Microsoft partner.

The acquisition will add Ignia's 90 staff to Insight's APAC headcount, which will reach 340 people. It will also open up Ignia to Insight's large Australian customer base, allowing the company to expand its footprint in New South Wales, Queensland and Victoria, where Ignia already has an office.

The Ignia name will continue for "the foreseeable future", said Pat Murphy, GM of services for Insight Asia Pacific. "Our plan is to drive east coast expansion and leverage the capability and capacity that Ignia has. The brand will remain in the market. We see significance of the brand in the market. Customers and Microsoft see great value in the brand. We want to respect the culture and over the coming months we will look and learn where our strengths and, for sure, where the weaknesses are," added Murphy.

Ignia chief executive Phil Rickson will report into Murphy, and will retain his title. Ignia's three other directors, Joshua Boys, Steve McNally and David Tenni, will continue on.

"At this stage, the intent is to keep the entire Ignia business intact and that has been one of the driving principles… We have seen other acquisitions and even been involved where the value of the business is diluted due to all sort of assumptions being made," said Murphy.

"The Ignia business expands our capabilities extraordinarily in this market and we want to respect that and just add to it – not dilute it in anyway."

Insight has been undergoing what Andrea Della Mattea, SVP and managing director of Insight Asia Pacific, calls a "transformation", as the 5,700-staff evolves from its legacy as one of the world's top software licensing providers and pushes into cloud, mobility, the internet of things and predictive analytics.

Ken Lamneck, worldwide chief executive of US$5.4 billion Insight, has spoken of this "strategy to transform to a solutions- and services-selling model".

Insight previously opened up about challenges facing the traditional software and hardware business, with Lamneck telling CRN USA in 2014 of the "big impact" that changes to fees and rebates from Microsoft had on its bottom line.

This continued in the 2016 financial year, when the software-focused APAC subsidiary "received US$4 million less in incentives due to partner program changes in this category", according to a transcript of Lamneck's Q4 2016 investor presentation from Seeking Alpha. The CEO also praised the APAC team, which continued to "execute our strategy to grow cloud and professional services capabilities and expand hardware sales in the portfolio".

The Ignia transaction should accelerate Insight's cloud and professional services transformation in the region. Ignia is Insight's first acquisition in Australia, though not the only one that has been considered, said Della Mattea. "I have spoken with a number of companies in the past – some have since been acquired – and I have ruled each out one by one for various reasons. Ignia stood head and shoulders above the rest."

The acquisition comes almost a year after a similar deal for US company Blue Metal, a US$25 million business that was named Microsoft's 2016 IoT Partner of the Year.

"Building on the success of Blue Metal in the North American market, this acquisition expands our capabilities in the Australian market, beyond core software and cloud services to include digital, application modernisation and business intelligence solutions," said Della Mattea.

IoT is also part of Ignia's skillset – the company was one of nine Australian partners recognised by Microsoft last year as part of an internet of things group in line for “heavy investment”.

Rickson pointed to one of Ignia's recent IoT projects with customer Scancam, a multi-part system to protect fuel station owners from "fill-up and drive-off" theft.

Ignia migrated the Scancam application from Amazon Web Services to Microsoft Azure, as well as putting the company onto Office 365. "We’ve managed to architect everything really efficiently to ensure they have the opportunity to scale, and we’re also porting them from iOS to Xamarin to provide consistency between their front-end and back-end coding," said Ignia director Joshua Boys.

This application prowess attracted Insight to Ignia. Insight already has Azure capabilities, said Insight's Murphy, but they are centred around cloud migrations and infrastructure-as-a-service. Customers also make cloud decisions "based on business applications and that is what Ignia brought to the table", he told CRN.

Ignia joins a host of leading Microsoft partners acquired in recent years, with Ensyst bought by Optus; Kloud and Readify acquired by Telstra; OBS, eSavvy and Intergen acquired by Empired; and Thomas Duryea acquired by Logicalis.

"It is a beautiful recipe for success – and the client wins. The best of the globals on the NASDAQ or the ASX, to enhance their solution sets they are absolutely snapping up the very credible homegrown companies and I expect it to continue. It is great market to be in and great time to be in the IT market," she said.