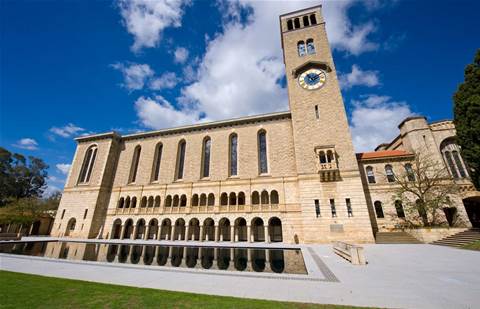 Microsoft partner Insight has helped the University of Western Australia deploy a major Office 365 rollout, migrating 60,000 users to Office 365 from a mix of on-prem and Google Suite accounts in addition to uni's identity and access policies.

The University of Western Australia has more than 25,000 students and over 3000 staff across 17 schools. It is ranked as the 86th best institution in the world, according to QS World University Rankings, and it wants to be in the top 50 by 2050.

With that vision in mind, the university’s IT leadership is working to overcome a number of issues with its technology environment, namely, it's disparate systems, technical debt and identity and access management inconsistencies.

"We had a legacy environment where we had 17 schools and each one of those schools had their own IT team,” UWA chief information officer Warwick Calkin said.

“User personas were almost localised, determined by the local school. So a student ID might have 30+ attributes where only 10 attributes might be common to another faculty. Blurring the lines even further is that some users are both staff and students, which meant the parameters around user identity are even more complex.”

Insight, a long-time UWA partner, was consulted to deploy a Microsoft Office 365 identity solution, help deliver a centralised access system based on Microsoft Azure Active Directory, enable multi-factor authentication and to migrate 60,000 identities and mailboxes from on-prem and Google Suite accounts to Office 365.

By January 2020, all 60,000 identities were successfully mapped and migrated over to the new environment, Insight reported.

Insight also rolled out Microsoft Teams to all students, replacing Google Hangouts. The Teams migration, which took place early in the project, has supported collaboration and online learning in response to the Covid-19 circumstances. Microsoft Teams groups were created for 3144 course units.

Insight reported that UWA could also now take advantage of Azure Labs, which has been extended to more than 2000 lab sessions across the university.

“Microsoft Teams is being used to support tutorials and labs as well as group assignments. The biggest value from my perspective is that Microsoft products are used in the workplace. I see the real value in upskilling students and preparing them for that environment early on, while they are still studying,” she said.

UWA's CIO Calkin said Insight's work was the start of an important modernisation journey for the university's systems.

“Having completed similar projects with other universities, there were some lessons learned
that we didn’t need to relearn, and those learnings got us to a shorter and quicker outcome. Insight’s knowledge of technology and their understanding of how we intended to use the technology delivered success for UWA,” he said.

“One of the biggest concerns for the students was that they may lose some of their historical mail. But no one lost anything, there was not one person who lost any data and there were 60,000 mailboxes involved. We have had nothing but positive feedback on the project.

We still have years of technical debt that we are trying to overturn here and have a lot more heavy lifting in front of us. However, working as a team with Insight, I am confident that we can do it."