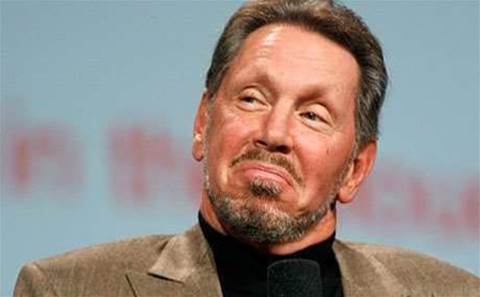 Oracle co-founder and Chief Technology Officer Larry Ellison made a surprise appearance during Microsoft Inspire 2022 this week to promote a new collaboration between the two tech giants, a collaboration that Microsoft CEO Satya Nadella called “a great opportunity for our partners.”

Since 2019, the companies have collaborated on OCI-Azure Interconnect for secure, private interconnections with sub-2 millisecond latency in 11 global regions.

“Now, we’re making it even easier, launching this new experience that streamlines and simplifies deployment even further – everything from cross-cloud network setup to identity management,” Nadella said. “Once deployed, customers will be able to launch and manage the Oracle services they use every day from Azure so that they can manage their apps and data as a single solution [and] run their most important apps across our cloud platforms seamlessly.”

The partnership between Oracle and Microsoft speaks to the growth of multi-cloud environments, Ellison said.

“You stay in the Azure console, and you can take that Oracle Autonomous Database and run [Microsoft] Power BI against it for analytics, accessing Microsoft services as if they were in Oracle,” Ellison said.

He continued: “Customers are very excited about this because customers like choices. … Now its easy to migrate from on-premises to the cloud. Now it’s easy to get the best persistent data store with the best analytic tool and use them together, regardless of who the supplier is. Customers like that.”

Customers using the service will have no data egress or ingress charges when moving data between OCI and Azure, according to Oracle. The companies also have a collaborative support model to speed up issue resolution through either company.

Customers avoid complex rearchitecting or replatforming to use services from both companies, Nadella said.

Thousands of customers already run production workloads across both cloud platforms. Joint customers include AT&T, Marriott International, General Electric and FedEx, according to the companies.

Nadella called the new collaboration “a great opportunity for our partners to help customers run their most important Oracle apps and databases with Azure as they work to speed their cloud migration journeys.

“We have collaborated for decades to help our customers use technologies like Windows Server and Oracle databases together,” he said. “And this partnership really extends that work to the cloud. Bottom line is, we are both very focused on addressing the tough business and technical challenges of our customers. And that's what we’re going to do together.”

The news comes amid great competition between the two tech giants. Microsoft is regarded as having more cloud market share than Oracle, with Microsoft usually ranking just behind Amazon Web Services.

Microsoft and Oracle busy in M&A

The outspoken Ellison has also taken swipes at Microsoft in the past, including declaring Oracle’s cloud offering “much better” than the Big Three of AWS, Microsoft and Google.

“That’s been the big question out there -- was our cloud good enough to compete with Amazon and Google and Microsoft,” Ellison said on a quarterly earnings call in September. “And I think we have answered those questions – it’s not only good enough to compete, in many cases, it’s much better. For security, for performance, for reliability, for cost -- we’re cheaper.”

In a December quarterly earnings call, Oracle CEO Safra Catz said that a Gartner report put Oracle’s cloud offering “higher than where Microsoft – who has been in this longer than us – was a year ago.”

On that same call, Ellison did pay Microsoft a compliment, saying that the company has been able to convert on-premises customers to cloud customers more quickly than Oracle.

“A lot of companies like Microsoft did a great job of moving their entire Microsoft Office install base into the cloud to dramatically increase the size of their cloud business,” Ellison said. “Unfortunately, we didnt have the same option or opportunity.”