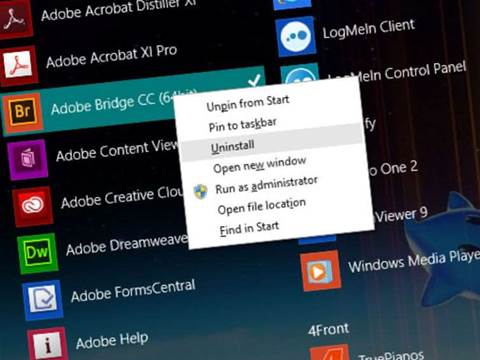 The Windows 8.1 Update arrives today - and Microsoft has warned users to install it quickly or risk missing out on future updates.

The first major update to Windows 8.1 includes UI tweaks designed to make the OS easier to use on desktops and laptops: for example, unless you're using it on a tablet, your machine will now boot to the desktop by default. The update doesn't however include the new Start menu unveiled at Build.

Microsoft has warned that users must install the Windows 8.1 Update this month in order to keep getting security fixes. "Failure to install this update will prevent Windows Update from patching your system with any future updates, starting with updates released in May 2014," said Microsoft in a blog post.

In order to install the Windows 8.1 Update, you'll need to have first installed the March update, KB2919442. If this is installed, the new update should show up in Windows Update or the Windows Download Centre; it was first made available to MSDN subscribers last week.

Laptops and tablets
The Windows 8.1 Update is the first version of the OS to adapt automatically to the hardware type. Tablets will continue to boot to the Start screen, and return there when an app is closed, while photos, music and video will open in Modern apps. On laptops and desktops, the OS will boot by default to the desktop (though that can be changed in settings if desired); closing apps takes users to a previous app or to the desktop, and photos, music and videos will open in desktop applications by default.

Other changes include the addition of Search and Power icons to the Start screen, contextual menus for Tiles and minimise and close buttons for apps. Additionally, it's now possible to pin Modern-style Store Apps to the Taskbar in the desktop.

Microsoft has a full description of changes on its blog.