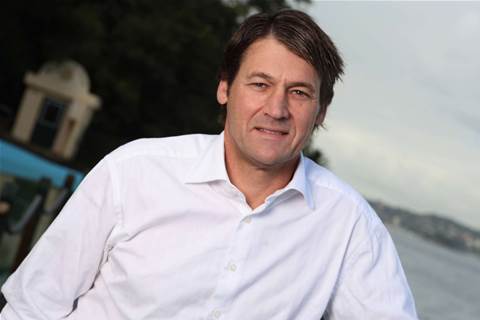 The conferencing and collaboration product allows a customer to set up virtual meetings with contacts on their Exchange server and not only manages invites and reminders but also allows users to share documents, audio and video.

Ian Poole, CEO of Integ claimed the new solution would be attractive to larger companies - with at least 200 employees - because it is a cloud-based product that does not require any hardware to be installed in the customer's premises and includes all software upgrades as part of the monthly subscription.

"You don't have to pay the upfront capital, you pay a fee to access it and that pays for support, maintenance, implementation ... software upgrades are included," said Poole.

The Conference and Collaboration offering will cost new customers $1,400 per month for up to 5 simultaneous users. Customers already subscribing to iTaaS will have to pay less but Poole did not say how much.

The Salvation Army is already using Integ's iTaas product and is considering an upgrade, according to the not-for-profit organisation's telecommunications officer James Alexander.

"We have already had discussions with Integ about how best it is going to suit us using the Conferencing [and Collaboration] suite and we are still in those discussions," he said.

The hands-off maintenance and relatively low cost of a cloud-based product were major reasons for signing up to Integ, after an initial tender process, said Alexander, who hinted the same reasons will likely cause the company to upgrade.

"The [alternative] solutions weren't suited to us because they were too pricey - cost was a big issue. We have 360 sites and to get the solution around those sites, we needed to get the right price. Having it hosted made a big difference to us," said Alexander.