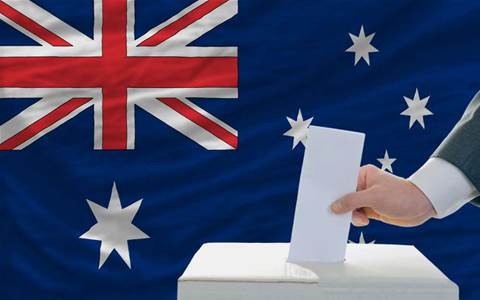 A five-year, $1.9 million contract has been awarded to expand NSW's electronic voting system iVote in time for the 2015 state election.

The NSW government has awarded Spanish firm Scytl, who's Online Voting product will form the foundation of the system. The company will provide all software development, licenses, support, maintenance and upgrade services for the 2015 election and six state by-elections until 2019.

The system, which was initially used in the 2011 state general election in a limited capacity, will now be able to be used by remote citizens (those who live more than 20km from a polling booth), blind and disabled citizens, and those interstate or overseas on election day.

The state’s Treasury has already approved funding of $3.6 million for the expanded rollout.

The project is aimed at reducing voting process errors, including ballot informality, counting errors, and transportation errors such as loss of ballot papers in transit.

The NSWEC also expects the system to result in lower costs from postal and attendance-based absent voting.

To meet stringent data security regulations, the core voting function will be hosted in “at least a Tier III data centre”, separate from the NSWEC network, the registration system and the audit system.

In order to keep data secure, the NSWEC runs identifiable data across at least two systems and encrypts the information in both.

Pending the success of the system over the next five years, as well as changes to relevant legislation, online voting could be rolled out to the wider NSW populace in the future.

Members of Parliament in other states across Australia have already called on their own governments to introduce similar initiatives.

Federal representative for the Victorian seat of Indi, Cathy McGowan, earlier this year called for the abolition of paper and pencil voting in order to avoid a repeat of the lost votes scandal that plagued the most recent West Australian federal senate election.

The Victorian government trialled an electronically assisted voting (EAV) system for vision-impaired voters in 2006 and expanded the system in 2010, but has no plans to extend it further.

Western Australia also has its own Vote Assist system for blind and vision impaired voters, but has not announced plans to roll it out more widely.

The Queensland government expects to introduce an electronically assisted voting system for the disabled and vision impaired at its next state election, while the South Australian government has similar plans to trial electronic methods of voting at its 2018 state election.

The national electoral body, the Australian Electoral Commission, has said it is monitoring developments in relevant technologies in addition to what the states are doing to inform its own approach.

It has previously trialled electronic voting for vision impaired and overseas voters in 2007 but decided to end the project after the trial’s costs soared to $4 million.

Grow your software revenue by selling these 5 affordable, essential tools for the modern workplace
By Allie Coyne
May 12 2014
4:52PM