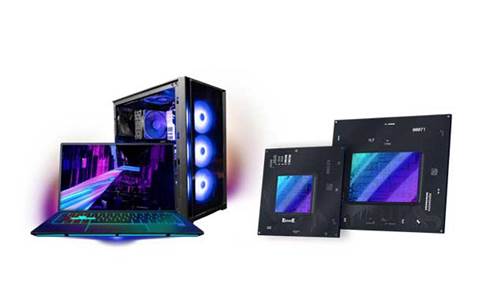 Intel plans to take on Nvidia and AMD with a new brand called Intel Arc for its upcoming series of discrete GPU products for high-performance desktops and laptops that will debut in 2022.

The based company unveiled the brand Monday, saying that Intel Arc’s hardware will span multiple generations and the brand will also encompass software and services for high-performance graphics. The products will target gamers and content creators.

The first generation of Arc graphics, code-named Alchemist and previously known as DG2, will support desktop PCs and laptops and is set to arrive in the first quarter of 2022.

This marks a delay for the product as Intel said last year that its first discrete GPU products powered by the company’s Xe-HPG microarchitecture would start shipping in 2021.

Intel said Alchemist will feature hardware-based ray tracing and AI-driven super sampling, showing that the chipmaker plans to compete head-on with Nvidia, which first introduced similar features with its GeForce RTX 20 Series in 2018, and with AMD, which supports ray tracing and an upscaling technique that does not rely on AI for its Radeon GPUs. Alchemist will provide full support for DirectX 12 Ultimate.

Intel also unveiled the code names of future generations of Arc GPUs: Battlemage, Celestial and Druid. The company said it will share more details on Arc products later this year.

“Today marks a key moment in the graphics journey we started just a few years ago. The launch of the Intel Arc brand and the reveal of future hardware generations signifies Intel’s deep and continued commitment to gamers and creators everywhere,” Roger Chandler, Intel vice president and general manager of client graphics products and solutions, said in a statement.

“We have teams doing incredible work to ensure we deliver first-class and frictionless experiences when these products are available early next year.”

The chipmaker’s plan to compete with Nvidia and AMD in the discrete graphics market has been years in the making.

The company’s ambitions received a major boost in 2017 when it hired Raja Koduri, the former chief architect for AMD’s Radeon graphics business.

Intel CEO Pat Gelsinger is intent on turning the company’s Xe architecture into a big business. In June, he announced a major restructuring that included the formation of the Accelerated Computing Systems and Graphics Group, which is focusing on high-performance computing and graphics and is being led by Koduri.

Grow your software revenue by selling these 5 affordable, essential tools for the modern workplace
By Dylan Martin
Aug 17 2021
6:42AM