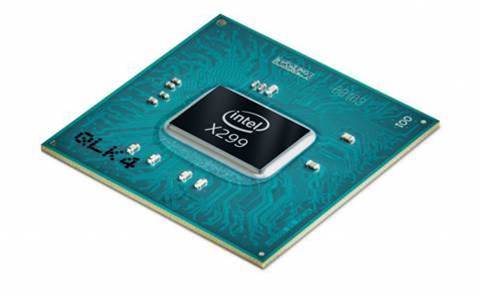 Intel is working with rival Arm to create a new industry standard for an important issue in the internet of things market: making sure that devices are properly configured and connected to the cloud.

The chipmaker announced on Wednesday that the company is a founding member of the new IoT Technical Working Group within the FIDO Alliance, an industry consortium founded by PayPal, Lenovo and others in 2012 to develop standards for password-less authentication.

The goal of FIDO's IoT Technical Working Group, which will also include experts from Microsoft, Google and Amazon, is to create a standard specification for "large-scale IoT onboarding," the process in which devices are configured and connected to IoT cloud management services at the time of installation.

Lorie Wigle, the executive in charge of Intel's platform security efforts, told CRN USA that it is important to create a standard around IoT onboarding because many companies currently face challenges with the practice when it comes to handling large-scale deployments and security.

"If you think about IoT devices, we're moving away from [proof of concepts] to scaled deployments, so it's becoming even more important that we take care of the initial setup to make sure it is secure and scalable," Wigle said.

Once FIDO develops the standard, market forces will compel companies to adhere and participate, according to Wigle, who said it will also increase device variety, lower costs and accelerate deployments.

"The goal is for the manufacturers to remove friction from deployments, and I think everyone wants the market to grow faster," she said.

To get started, Intel is contributing the technical specifications of Secure Device Onboard, a solution Intel launched in 2017 for device manufacturers that gives partners and customers the ability to automate the provisioning of IoT devices to their cloud platform of choice. While the solution initially covered devices powered by Intel processors, it was expanded last fall to Arm-based devices, significantly expanding the solution's coverage in the IoT supply chain.

While the specifications will help inform FIDO's eventual standard, Wigle said, it's possible that the final specifications will differ from Intel's solution based on further input from the IoT Technical Working Group. But if that puts that entire industry in lockstep for making IoT more scalable and secure, it will be worth it, the executive added.

"This isn’t an area that is a good place to differentiate. It's something that needs to work consistently," she said. "We may need to adjust our offering as the standard evolves, but that's worth it to achieve standardisation."

There is no current timeline for when FIDO will release a standard for IoT onboarding, according to Wigle, which will eventually include a certification program. For now, the IoT Technical Working Group is looking for companies developing industrial and consumer IoT solutions to join and provide feedback.

"FIDO has a really strong track record of both standardisation and certification programs, which is why we think this is an important place to do this work," Wigle said.