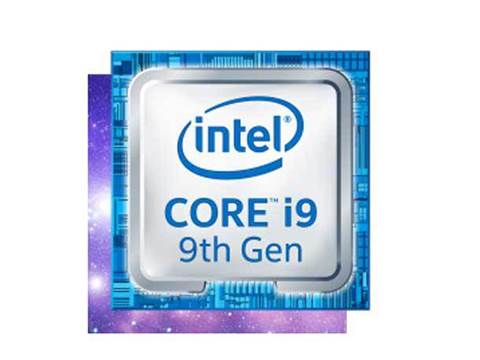 Intel has followed the late 2018 launch of its ninth-generation Core processors for desktops with the release of new, powerful CPUs for laptops, as well as more desktop CPUs for a wider range of workloads.

The company announced on Monday that the new ninth-generation Intel Core mobile H-series processors will be available in laptops from Acer, ASUS, Dell, HP, Lenovo and MSI starting April 23. The chipmaker said the new processors are aimed at gamers and content creators who want greater performance.

"Our new 9th Gen platform is designed to delight gamers, creators and performance users by giving them more of what they want," Fredrik Hamberger, head of Intel's premium and gaming laptop segments, said in a statement. "We are bringing desktop-caliber performance with up to 5 GHz and 8 cores in a range of thinner systems and new level of connectivity with Wi-Fi 6 so users can game or create where they want."

The new processors are coming out as Intel faces increased competition from AMD, which has previously stated that its client CPU market share has grown for the past five quarters.

What follows are four things to know about Intel's new ninth-generation Core processors for laptops and desktops, what they mean for the market, and how they compete against AMD. 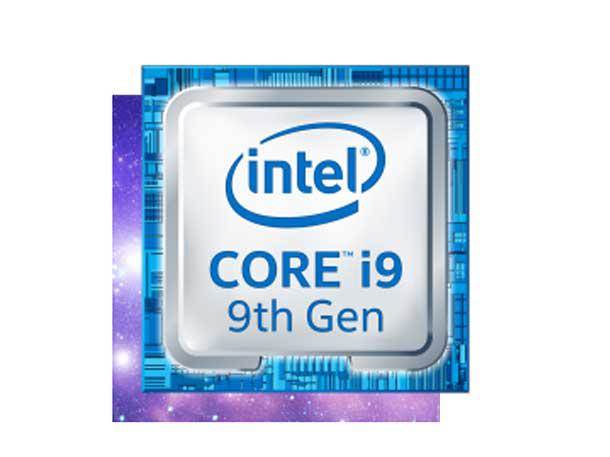 At the top of the new ninth-generation Intel Core H-series family is the Core i9-9980HK, which is the company's first i9 processor to bring a 5 GHz turbo clock speed, eight cores and 16 threads, and support for 16 megabytes of Intel Smart Cache to a laptop. The i9-9980HK is the only unlocked processor in the new line.

The company said the processors — which go all the way down to the four-core i5-9300H with a 4.1 GHz turbo clock speed — provide up to a 33 percent overall performance improvement over a three-year-old laptop running a sixth-generation Intel Core i7-6700HQ processor. They also provide a 28 percent increase in responsiveness when compared to the same three-year-old system. How They Compare To AMD's Latest Mobile Offerings

AMD kicked off 2019 with the launch of its mobile Ryzen 3000 series, which the company at the time said was its largest variety of processors for laptops to date.

While Intel's new processors have faster clock speeds and more cores at their respective tiers, AMD's latest mobile processor line largely feature CPUs that have lower-power requirements. All of Intel's new processors are designed for a 45-watt power envelope while most of AMD's Ryzen 3000 CPUs are designed for 15 watts. However, Intel already has a line of processors that provide up to four cores in 15-watt devices: the Whiskey Lake U-Series, which provides base and turbo frequencies of up to 1.8 GHz and 4.6 GHz, respectively. The expansion also includes three new Core F-series processors, which are nearly identical to their counterparts without the "F" suffix except for the fact that they lack integrated graphics. For example, the new i3-9100 comes with integrated graphics while the i3-9100 doesn't and needs to be paired with a discrete graphics card from AMD or Nvidia as a result.

Intel client sales executive Steve Long told CRN earlier this year that the F-series was introduced to improve Intel's ongoing CPU shortage because they consist of processors that had their integrated graphics turned off due to manufacturing issues. Since the F-series processors have the same recommended pricing as their counterparts with integrated graphics, Intel is creating incentives for partners to sell the parts, Long said.

"We're working to make sure that the partners know that we are committed, that we're dead serious. These parts are here. They're here to stay," Long said in March. "They're on a roadmap for a reason, and we're showing them that we're hungry to have them take the parts." The T-series lineup largely mirrors Intel's main ninth-generation Core desktop lineup, except for the fact that these processors are designed for computers with smaller power envelopes: 35 watts versus the range of 62-95 watts required for the regular processors.

As a result, the T-series CPUs come with lower clock speeds while sporting the same number of cores, threads, memory support and Intel Smart Cache. The Core i9-9900T, for instance, comes with base and turbo clock speeds of 2.1 GHz and 4.4 GHz, respectively, versus the i9-9900's 3.1 GHz and 5 GHz base and turbo speeds.

At the bottom of Intel's new desktop CPU offerings are new Pentium Gold and Celeron processors, three of which are part of the low-power T-series. The headlining processor of this line is the Intel Pentium Gold G5620, which comes with two cores, four threads and a base clock speed of 4 GHz.

Eliminating departmental friction within MSPs
By Dylan Martin
Apr 24 2019
10:20AM