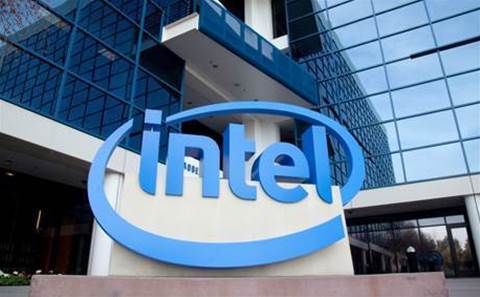 Intel is planning to expand its portfolio of programmable chips for high-performance computing with the acquisition of a nearly 20-year-old semiconductor company that once tried to go public.

The company announced on Thursday that it plans to acquire eASIC Corp, which will operate under Intel's Programmable Solutions Group, the business unit that was established with Intel's US$16.7 billion acquisition of Altera in 2015. Financial terms of the deal were not disclosed.

Founded in 1999, eASIC makes specialty chips called structured ASICs, which are supposed to serve as a bridge between reprogrammable FPGAs, or field-programmable gate arrays, and power-efficient ASICs, which stands for application-specific integrated circuits.

Since Intel's Altera acquisition, Intel has been making a big push with FPGAs for high-performance computing workloads because of the chip's reprogrammable nature, which allows engineers to change the FPGA's configuration multiple times per day.

"The whole idea of structured ASICs is you get to develop and deliver to your customer a lower-cost and lower-power FPGA at an order of magnitude of less time," he said.

While McNamara declined to name any of eASIC's customers, he said the company's most popular use cases include communications infrastructure, router switches, antenna and 4G radio heads. He said structured ASICs can also be used for video transcoding, deep learning, artificial intelligence, financial risk modeling and computational genomics.

"We believe it's going to be a big play in the cloud," McNamara said.

To entice customers that use FPGAs from Intel and other companies, McNamara said Intel is building an automated software tool that will make it easy to migrate FPGA processes to structured ASICs.

In the longer term, the company plans to combine Intel FPGAs with structured ASICs in a System in Package Solution for a new class of programmable chip.

"It's another tool in the toolbox that no other competitors have," McNamara said.

As part of the acquisition, Intel will bring on eASIC's 120 employees, including the leadership team. Ronnie Vasishta, president and CEO of eASIC, will take on an executive role within Intel's Programmable Solutions Group and will report to McNamara.

In early 2015, eASIC filed to go public but dropped its plans for an initial public offering later that year, according to the Silicon Valley Business Journal. At the time the company had filed for an IPO, the company revealed that revenue had grown from US$13.7 million in 2012 to US$67 million in 2014 while losses shrunk from US$15.4 million to US$1.1 million. McNamara said Intel is not disclosing more recent financial information about eASIC.

Intel's announcement to acquire eASIC comes after the two companies partnered in 2015 for custom compute solutions for the data centre and cloud. It's also coming at a time when Intel is finding increased traction with FPGAs.

Earlier this year, the company said Dell EMC and Fujitsu were adopting Intel's FPGAs in their server lineups. The chips are now also used by Microsoft for artificial intelligence features in its Bing search engine. In the first quarter, the company's Programmable Solutions Group grew revenue by 17 percent year-over-year to US$840 million.

"FPGAs are seeing the largest adoption we've ever had in [their] 30 years of existence," McNamara said.

The deal is expected to close in the third quarter.