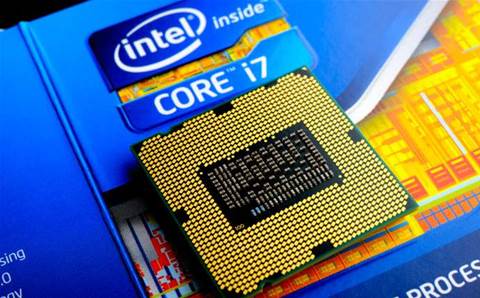 Intel CEO Bob Swan said demand for the company's processors was up in the first quarter due to more people working from home as a result of the coronavirus pandemic.

Swan made the comments to Bloomberg Thursday ahead of the Santa Clara, Calif.-based company's first-quarter earnings report on April 23, when the semiconductor giant is expected to give its first major insights into how the novel coronavirus has affected operations. The company provides a majority of the x86 processors that run servers and PCs globally.

"It’s somewhat logical and intuitive. Where our lives are disrupted and we need to do more and more things from our home, we need to ensure we have the technology at our disposal so things can go on as normal as possible," he said in the Bloomberg interview, adding that server CPU demand is also up.

Swan has previously said the company is delivering products to customers on deadline more than 90 percent of the time — a statement he reiterated in the interview.

"It has been extremely important for our teams around the world, as an essential service, to meet the needs of our customers and meet the needs of their customers," he told Bloomberg, adding that Intel has done so while working to protect the health of its employees.

Seventy-one percent of managed service providers and 49 percent of VARs/systems integrators said they are seeing a spike in customer requests for work-at-home products and services as a result of the pandemic, according to a recent survey by CRN parent company The Channel Company .

“The sudden need to enable millions of employees to work from home has created a massive spike in technology purchases from IT decision-makers that the channel is rushing to fill,” said The Channel Company CEO Bob Skelley. “MSPs, VARs and systems integrators are coming to the rescue of customers moving to quickly build out work-at-home infrastructure and services.”

Intel has not changed its first-quarter revenue forecast of roughly $19 billion that was provided in January, before the coronavirus became a pandemic. George Davis, Intel's CFO, said on March 2, as the outbreak was intensifying but a week before a pandemic was declared, that the company expected a "modest disruption as it "continues to operate on a relatively normal basis around the world."

Research firms IDC and Gartner are both predicting a downturn in global semiconductor revenue this year, with the former stating that a 3-6 percent decline is most likely scenario while the latter saying that it expected a 0.9 percent decline. IDC had previously forecasted 2 percent annual revenue growth while Gartner had previously expected 12.5 percent growth.

IDC expects U.S. data center and enterprise markets to perform better than consumer-facing markets "that are being slowed by travel bans, closure of retail stores and quarantines around the world," according to IDC researcher Mario Morales.

Erik Stromquist, president of CTL, Portland, Ore.-based system builder that sells Intel-based Chromebooks to schools, told CRN earlier this week that the move to online learning environments for schools has created an increase in demand for mobile PCS like Chromebooks, but the company hasn't been able to maintain a steady supply due to a slowdown in supply chains.

“Everyone's scrambling to get product here. People are willing to buy whatever you have,” he said. “Some of our slow -moving items that we didn't think we would ever sell immediately sold in the last 30 days. We just sold anything that wasn't bolted down.”