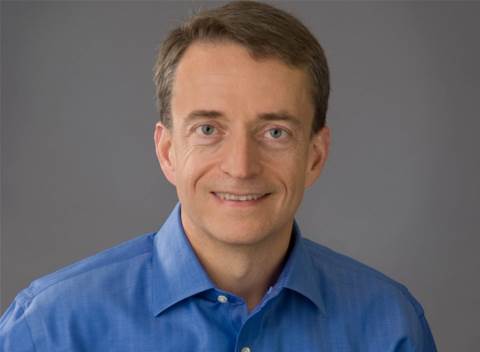 Intel CEO Bob Swan is stepping down and will be replaced by VMware leader Pat Gelsinger, ending a two-year tenure that was marked by strategy shifts and manufacturing issues.

Intel said Wednesday that Swan will step down on Feb. 15 and hand over the role to Gelsinger, VMware’s CEO of nearly nine years and a 30-year Intel veteran, who will become the semiconductor giant’s eighth CEO in its 52-year history. Gelsinger will also join Intel’s board of directors.

The CEO shakeup comes after hedge fund Third Point gained a “significant stake” in the company and demanded the chipmaker explore strategic options, including selling off “failed acquisitions” and potentially its manufacturing operations, to regain technology leadership and recover from manufacturing struggles that have resulted in product delays.

The news was first reported by CNBC.

Omar Ishrak, independent chairman of Intel’s board, said the board “concluded now is the right time to make this leadership change to draw on Pat’s technology and engineering expertise during this critical period of transformation at Intel.” He said the board is confident Gelsinger and his leadership team will “ensure strong execution” of Intel’s transformation from a “CPU to a multi-architecture XPU company.”

“Pat is a proven technology leader with a distinguished track record of innovation, talent development, and a deep knowledge of Intel,” Ishrak said in a statement. “He will continue a values-based cultural leadership approach with a hyper focus on operational execution.”

Gelsinger worked at Intel in the beginning of his IT career. From 1979 to 2009, he held several top executive roles, including being named the company’s first chief technology officer in 2000, driving the creation of key industry technologies, including USB and Wi-Fi.

“I am thrilled to rejoin and lead Intel forward at this important time for the company, our industry and our nation,” said Gelsinger in a statement. “Having begun my career at Intel and learned at the feet of Grove, Noyce and Moore, it’s my privilege and honor to return in this leadership capacity.

“I have tremendous regard for the company’s rich history and powerful technologies that have created the world’s digital infrastructure,” he added. “I believe Intel has significant potential to continue to reshape the future of technology and look forward to working with the incredibly talented global Intel team to accelerate innovation and create value for our customers and shareholders.”

Swan’s tenure as CEO is coming to an end only two years after he was appointed to lead the company in January 2019. He previously served as the company’s CFO and was appointed interim CEO in June 2019 after Intel’s board forced out the company’s previous leader, Brian Krzanich, for having been in a prior relationship with an employee.

Ishrak thanked Swan for his leadership and credited the outgoing CEO for making “significant progress” in Intel’s transformation into a company that provides a variety of processor architectures and expanding its total addressable market.

“Bob has also been instrumental in re-energizing the company’s culture to drive better execution of our product and innovation road map,” Ishrak said. “He leaves Intel in a strong strategic and financial position, and we thank him for his ongoing guidance as he works with Pat to ensure the leadership transition is seamless.”

Intel said it expects to exceed projections for revenue and earnings per share for the fourth quarter of 2020, which the company is set to report Jan. 21. The company said it has also made progress on its 7-nanometer manufacturing process, which previously had issues that resulted in delays, and will report on whether it will expand 7nm capacity, expand outsourcing with external foundries or both.

Swan said he is “fully supportive” of the board’s decision to choose Gelsinger as Intel’s next CEO.

“My goal over the past two years has been to position Intel for a new era of distributed intelligence, improving execution to strengthen our core CPU franchise and extending our reach to accelerate growth,” Swan said in a statement. “With significant progress made across those priorities, we’re now at the right juncture to make this transition to the next leader of Intel.”

Gelsinger had left to join EMC as president and COO for three years before joining VMware in September 2012.

He has been critical to VMware’s massive success over the past nine years. He has more than doubled the size of the company during his tenure and led several major transformations.

This is a developing story.