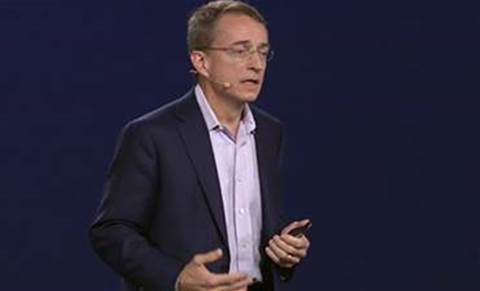 Intel CEO Pat Gelsinger has resigned from VMware’s board of directors, effective immediately, two months after he left the top leadership post at the virtualization giant to lead the chipmaker.

VMware said in a regulatory filing Friday that Gelsinger notified the company of his resignation two days prior. The company said it was Gelsinger’s “personal decision,” “given the demands of his new position as CEO of Intel.”

“We are grateful for his many years of service on the Board, and for his tenure as CEO of VMware,” VMware said in a statement.

Gelsinger’s resignation from the board comes after Dell Technologies announced last week that it will spin off its 81-percent stake in VMware to form two standalone companies.

Intel named Gelsinger as its eighth CEO in January, which brought his nearly nine-year tenure as VMware’s CEO to an end in mid-February when he started at the chipmaker. Gelsinger, who previously worked at Intel for 30 years, also joined Intel’s board of directors. When the announcement was made, VMware said that Gelsinger would continue to serve on VMware’s board.

VMware’s board continues to search for a permanent successor to Gelsinger as Zane Rowe oversees the company as interim CEO.

In Gelsinger’s first earnings call as Intel’s CEO Thursday, he called 2021 a “pivotal year” as the company embraces its new IDM 2.0 hybrid manufacturing strategy to hit back at growing competition from rivals AMD and Nvidia as well as companies moving to alternative chip architectures like Arm.

“Intel is back,” Gelsinger said Thursday. “We’re firing on all cylinders. Our best days are ahead of us. We’re investing for the future. We’re executing. And we’re just getting started.”