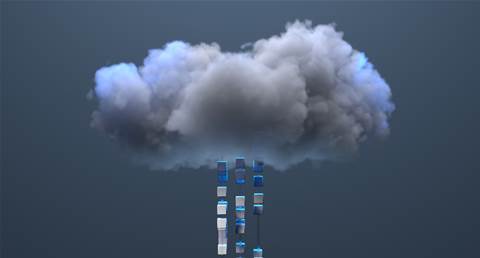 Intel CEO Pat Gelsinger said the chipmaker is exploring new paid software services that would create new revenue streams for the company as part of his “software-first” approach.

“I do expect that you’ll see more in that area: How do we leverage our software assets? How do we have unique monetized software assets and services that we’ll be delivering to the industry, that can stand in and of their own right? And yeah, that’s a piece of the business model that I do expect to do more of in the future,” he said in an exclusive interview with CRN US.

Gelsinger said the plan to generate more revenue through software is a “somewhat natural progression” for Intel that mirrors the software industry’s move to Software-as-a-Service-oriented delivery models. He added that he had gained an appreciation for such models during his eight and a half years as CEO of VMware.

“We’re going to find more ways to deliver, and some of those will just be SaaS services that we deliver. [Some of them will be] enabling services. Some of them will be paid-for services, and in other cases, hey, we’re just going to have more software products,” he said.

The new offerings under consideration would add to the paid software offerings Intel already has, like Intel Unite for collaboration and Intel Data Center Manager for real-time monitoring and management as well as support services for Intel oneAPI and OpenVINO. The company’s paid software offerings also include Intel Smart Edge and SigOpt, which Intel gained through acquisitions.

Gelsinger’s comments were made as one of Intel’s top rivals, Nvidia, has expanded its portfolio of paid enterprise software to a total of 10 offerings. That portfolio includes GPU virtualisation offerings like Nvidia AI Enterprise, which Nvidia has said could represent a multibillion-dollar opportunity over time.

When Gelsinger was CEO of VMware, he played a foundational role in Nvidia’s GPU virtualisation offerings by fostering a strategic partnership between VMware and Nvidia. But now that he’s CEO of Intel, Gelsinger said Intel needs to be more open than Nvidia when it comes to software.

“What are the ecosystem-friendly views of those services? How do we build on what others do?” he said.

Those comments were echoed by Greg Lavender, whom Gelsinger hired in June as Intel’s new CTO and head of the newly formed Software and Advanced Technology Group. In a separate interview, Lavender said any new paid software services enabled by capabilities in Intel’s processors should open new business opportunities for the company’s partners.

“We have to work with our partners to bring [those capabilities] forward in new ways that could create new business models, and there [are] possibilities of revenue sharing there,” said Lavender, who previously worked alongside Gelsinger as VMware’s CTO.

As an example, Lavender said, Intel could offer new paid software services around the hardware telemetry capabilities of its processors, which can help uncover various issues in a system such as poor system performance and excessive power consumption.

Intel already uses telemetry data for Intel Data Center Manager, but his example, Lavender pointed to a new avenue: two built-in security capabilities for Intel CPUs that were announced in 2018. The first allows the CPU to offload the operations of security applications to the CPU’s integrated graphics. The second uses machine-learning algorithms to better detect threats on corporate networks while mitigating any hits to CPU performance and reducing false positives.

“You can then provide that telemetry back to an IT department, to a service, VMware Carbon Black, for example,” Lavender said. “Because we have the platform, and we know everything that’s running, and we know everything about the power and the battery life and all this other stuff, we can serve that telemetry up into some SaaS service. It doesn’t have to be ours, but it could be somebody else’s or a partner’s, where they could potentially start to monetize that.”

When it comes to telemetry data coming from those security capabilities built into Intel CPUs, Lavender said the data could be used to improve the intelligence of a security service, which could enable such a service to lock a device from accessing a corporate network or certain applications. This example, he added, plays into major trends impacting IT departments, like remote work.

“There are these ecosystems evolving, and it’s no longer just you and your laptop, especially if you’re a corporate user. That laptop’s corporate property. It plays into a corporate network ecosystem, but you’re roaming around in an unprotected environment, not the corporate environment. So there’s got to be new technology, new software, new business models, new AI to make sure those devices are within the policy set by the security people,” Lavender said.