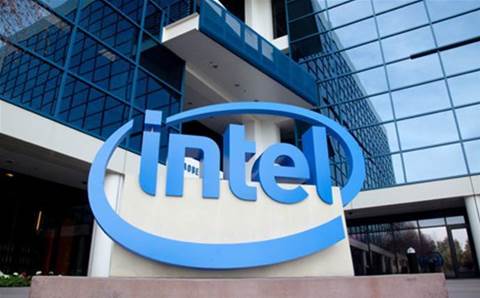 The current Intel CPU shortage is expected to create a strain on OEMs' ability to ship laptops for the second half of 2018, but it's also expected to lower DRAM and SSD prices, according to global market intelligence firm TrendForce.

The Taiwanese firm said on Tuesday that it has lowered its forecast for 2018 global notebook shipments by 0.2 percent as a result of the Intel CPU shortage — which CRN USA reported earlier this week is already having an impact on channel partners. The firm also said the shortage could last well into the first half of next year.

Intel did not respond to a request for comment by press time.

Market analyst TrendForce, which characterised the Intel CPU shortage as "worsening," said OEMs are reporting an insufficient supply of the latest eighth-generation Core mobile CPU, also known as Whiskey Lake, despite Intel's original plan to begin mass production of the chip in the third quarter.

The firm said it estimated that the supply gap for notebook CPUs has widened from 5 percent in August to 5-10 percent this month, with the possibility for it to increase to more than 10 percent in the fourth quarter. The shortage may not end until sometime in the first half of 2019, the firm added, which is later than what previous reports indicated.

The firm said it is hard to pin down the exact reason behind the shortage because the issue is impacting both new and old Intel CPU product lines, including the Coffee Lake CPU that has been on the market for six months and is used in mainstream notebooks.

Intel has acknowledged the CPU supply issues, with interim CEO Bob Swan stating in July that the company's "biggest challenge in the second half [of the year] will be meeting additional demand." The company said in a statement to CRN USA last week that it’s working with customers on extra demand, which has increased Intel's 2018 full-year revenue outlook by US$4.5 billion.

CRN USA reported on Monday that Intel has pinned the CPU shortage on two other factors beyond higher-than-expected demand, according to a source who was briefed by the company earlier this summer. The two other factors are Intel's delay of its next-generation, 10-nanometer CPUs to 2019 and additional factory and assembly test capacity required for higher-end processors, the source said.

The potential upside of the lowered notebook forecast is that it will cause DRAM prices to drop lower than expected, according to TrendForce. The firm said it also expects SSDs to drop in price for the same reason, though it added that the price drop will likely be steeper in the fourth quarter. The reason for the price drops is because of the lower laptop shipments forecast, which is expected to decrease demand for both DRAM and SSDs.