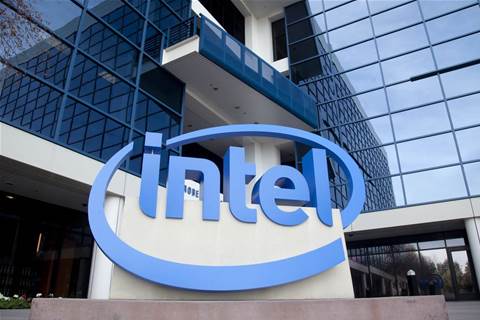 Despite reporting strong double-digit growth for its PC and data center businesses, Intel said it is withholding guidance for its full-year revenue forecast due to economic uncertainty caused by the coronavirus pandemic.

The company reported Thursday that first-quarter revenue grew 23 percent year-over-year to US$19.8 billion on the strength of its PC, data center, memory, programmable solutions and automotive business units, despite the disruptions caused by the coronavirus in the first three months of the year.

However, Intel's stock price was down by more than 5 percent in after-hours trading Thursday, likely due to the company's decision to withhold a forecast of its full-year 2020 revenue.

The semiconductor giant revenue beat Wall Street's expectations on revenue by US$1.17 billion. Net earnings, on the other hand, were US$1.45 per share, exceeding analyst estimates by 18 cents.

"Our first-quarter performance is a testament to our team's focus on safeguarding employees, supporting our supply chain partners and delivering for our customers during this unprecedented challenge," Bob Swan, CEO of Intel, said in a statement.

"The role technology plays in the world is more essential now than it has ever been, and our opportunity to enrich lives and enable our customers' success has never been more vital. Guided by our cultural values, competitive advantages and financial strength, I am confident we will emerge from this situation an even stronger company."

Intel's Data Center Group continued its rebound in the first quarter with a 43 percent year-over-year increase in sales, bringing quarterly revenue to US$7 billion, nearly US$3 billion shy of the company's largest business, the Client Computing Group. The company said it demonstrated "broad strength" across the business, including a 53 percent year-over-year growth in sales from cloud service providers.

The Client Computing Group, on the other hand, surprised the company with a 14 percent year-over-year increase in sales to US$9.8 billion, for which Intel credited improving CPU supply and an increase in demand for PCs for people working and learning at home.

The only business that didn't grow was Intel's IoT Group, which declined in revenue by 3 percent year-over-year to US$883 million. With the company's data-centric businesses combined, which includes IoT, data center, memory and programmable solutions, sales grew 34 percent year-over-year.

Swan said earlier this month that Intel's PC business, in particular, has been driven by the sudden shift of people working from home while adding that server demand has also been up.

Intel's earnings came out after a report earlier today stated that Apple is planning to shift away from Intel processors for some of its laptops and starting using its own Arm-based chips for "at least one Mac" in 2021. Intel declined to comment on the report.

Grow your software revenue by selling these 5 affordable, essential tools for the modern workplace
By Dylan Martin
Apr 24 2020
7:24AM