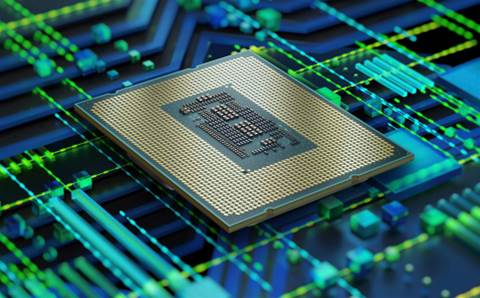 Intel said it is redefining x86 architecture performance with the launch of its new “groundbreaking” 12th-generation Core CPUs that combine two core types for the first time in a mainstream Intel processor lineup to deliver major leaps in performance and efficiency.

The Santa Clara, Calif.-based company unveiled the new desktop CPU line at its Intel Innovation event Wednesday, marking the first family of PC processors to use the chipmaker’s much-hyped Alder Lake hybrid CPU architecture that will extend to laptops and other mobile devices in the future. The lineup includes 60 processors that will power more than 500 desktop PC designs, Intel said, and the six unlocked models in the lineup will be available starting Nov. 4 from more than 140 partners.

“Now if we had delivered a product with just one or the other of these new cores on their own, it would have been a generational step forward. Putting them together and optimizing the use of them is groundbreaking,” she said.

The semiconductor giant called its new flagship Intel Core i9-12900K — which comes with 8 performance cores and 8 efficiency cores — the “world’s best gaming processor,” saying it can outperform rival AMD’s 16-core Ryzen 5950X across a variety of games, with some games gaining a double-digit increase in frames per second.

However, Intel skipped over comparisons with AMD for content creation in a pre-briefing with journalists despite calling the 12th-generation Core CPUs its “best” lineup yet for the application category. This marked a step back in competitive marketing for Intel, which provided more comparisons against AMD with its 11th-generation Core CPUs that launched in the first half of this year.

“We feel we‘re going to be very competitive relative to AMD really across a suite of content creation workloads,” said Ivan Goldwasser, senior director of performance marketing at Intel, in a question-and-answer session with journalists last week. He also said Intel expects the new processors will be “very competitive” against AMD in multi-threaded performance in general.

The launch comes after Intel CEO Pat Gelsinger told CRN that AMD’s lead is “over” with the arrival of the 12th-generation Intel Core processors and the next generation of Xeon Scalable processors that will arrive next year. “AMD has done a solid job over the last couple of years. We won’t dismiss them of the good work that they’ve done, but that’s over with Alder Lake and Sapphire Rapids,” he said.

For the past few years, Intel has faced increasingly tough competition from AMD, particularly when it comes to multi-threaded applications and multi-tasking. That’s because AMD has been able to leapfrog Intel multiple times with higher core counts, most recently topping out at 16 cores with the Ryzen 5950X. Intel, in the meantime, only reached 10 cores total with its 10th-generation CPUs before going back down to a maximum of 8 cores with the 11th generation from earlier this year.

But now Intel can claim to have its own 16-core CPU for mainstream desktop PCs with the 12th generation, though it was accomplished using a different approach that was first championed by Arm: a hybrid architecture that makes use of two core types, a performance core that is meant to handle the most demanding applications and an efficiency core that is designed to mostly handle background tasks.

“So hybrid is a much more efficient approach,” he said.

This has resulted in Intel’s new flagship Core i9-12900K, with its 8 performance cores and 8 efficiency cores, delivering nearly 50 percent faster multi-threaded performance at a peak power of 241 watts compared to the previous-generation Core i9-11900K at a peak power of 250 watts, according to Thieren. Conversely, the Core i9-12900K can provide the same level of multi-threaded performance at 65 watts, which is roughly one-fourth the power of the former flagship CPU, he added.

“This is a huge performance and efficiency gain, gen-over-gen, and more clearly demonstrates, I hope, why the future is hybrid,” he said.

But as to whether this gives Intel any advantages over AMD for multi-threaded performance, the company did not provide any competitive comparisons. Instead, Intel left it up to independent reviewers to reach their own conclusions and said the results should be favorable.

“I think you’ll see we’re going to be very competitive with AMD in comparisons,” Goldwasser said in the Q&A. “And for those of you who are doing the testing we look forward to seeing your results.” 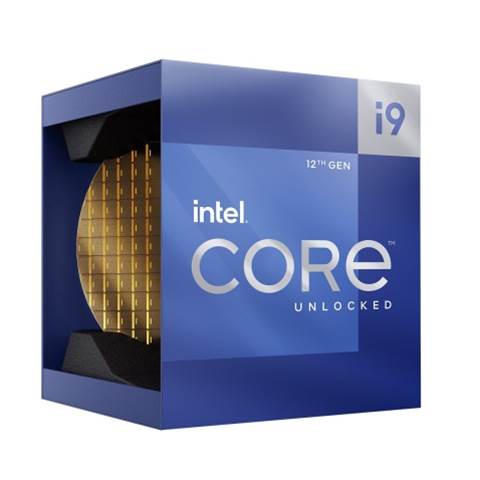 12th-Gen specs and features: from frequencies to DDR5 support

With the 12th-generation Intel Core processors using a hybrid architecture, it means the specifications for the CPUs are a little more complicated than previous generations, and it’s largely because of the difference in performance between the performance cores and efficiency cores.

The core counts and frequencies vary down the stack of Intel’s six unlocked 12th-generation CPUs, whose pricing ranges from US$264 to US$589, reaching a minimum of 10 cores split between 6 performance cores and 4 efficiency cores for the Core i5-12600KF.

In addition to the new hybrid architecture, the 12th-generation Intel Core CPUs are the first in the industry to support DDR5 memory for up to 4,800 MegaTransfers per second, complementing their support for DDR4 memory with speeds of up to 3200 MegaTransfers per second. They are also the first to offer PCIe 5.0 connectivity with up to 16 lanes, which Intel said provides up to two times faster I/O throughput over PCIe 4.0. The CPUs also support up to four lanes of PCIe 4.0.

Another new feature is Intel Smart Cache architecture, which is a cache of up to 30MB that is shared among the performance cores, efficiency cores and integrated graphics.

All of the unlocked models, except for the F-series variants, come with integrated graphics, specifically Intel HD Graphics 770. They also support a maximum memory capacity of 128GB across two channels. Other features include support for Intel Killer Wi-Fi 6E and Thunderbolt 4 connectivity.

The processors are supported by the new Intel 600 Series Chipset, which comes with additional PCIe 4.0 connectivity, integrated USB 3.2 Gen 2x2 and DMI 4.0 for faster chipset-to-CPU throughput.

For the first time in desktops, the new chipset supports Intel Volume Management Device, a feature that was previously only available in Intel-based servers that allows for direct control and management of NVMe-based SSDs from the PCIe bus without a need for RAID controllers, according to Intel. 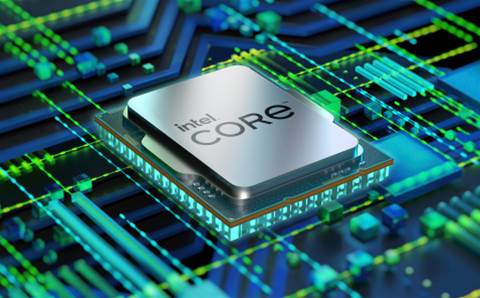 To fully take advantage of the 12th-generation’s hybrid architecture in a Windows environment, users will need to use the new CPUs with Microsoft’s new Windows 11 operating system. That’s because Microsoft developed Windows 11’s thread scheduler to recognize “software thread-specific feedback” from Intel Thread Director, a new silicon-level feature in Alder Lake that tells the operating system how to balance workloads on the performance and efficiency cores.

“The OS utilizes information from the 12th-gen Intel Thread Director technology, to understand the nature of workloads, allowing the OS to prioritize workloads for execution on core types, providing them the most benefit,” Thieren said. “Intel Thread Director also helps the OS keep low scalability threads from consuming precious power resources by placing them on [efficiency] cores.”

Intel’s new 12th-generation Core CPUs can work with Windows 10, according Thieren, but while the operating system does receive core performance and efficiency information from the processors, it “does not utilize software thread-specific feedback like Windows 11.”

Thieren said this can result in some additional “performance variability, but the end-user experience with 12th-gen on Windows 100 is awesome.”

As for Linux and Google’s Linux-based ChromeOS, support for Intel Thread Director is a “work in progress,” Thieren said. However, he added, Linux’s existing scheduler “comprehends the diversity and performance between the core types, leveraging the Intel Speed Shift technology interface, and as such, the 12th-gen end-user experience is also really great on Linux.”

Intel claims faster game performance against AMD, with a caveat

Intel said the new 12th-generation Intel Core processors are faster against their Ryzen 5000 counterparts from AMD across multiple games.

Compared to AMD’s flagship Ryzen 5950X, the Intel Core i9-12900K is 8-30 percent faster for a collection of games that consisted of F1 2021, Age of Empires IV, Far Cry 6, Hitman 3, Mount and Blade II: Banner Lord, Grid 2019 and Troy: A Total War Saga. For one game, Crysis: Remastered, Intel said its flagship CPU offers similar performance while in another, Shadow of the Tomb Raider, it’s 3 percent slower.

Marcus Kennedy, general manager of Intel’s gaming, creator and esports segment, offered the caveat that the testing was done on Windows 11 when AMD was experiencing CPU performance issues on the operating system. AMD has since said that such issues have been fixed with two patches.

Kennedy said the company plans to run the tests again using the new fixes for AMD’s CPUs and release the new comparisons. However, he added, Intel is still confident about its claim that its new flagship 12th-generation CPU is the “world’s best gaming processor.”

“We are confident that even with the upcoming patch, we stand behind our claim,” he said.

When compared to the previous-generation Core i9-11900K, Intel showed that the new Core i9-12900K sees performance gains of 13-28 percent across many of the same games.

What’s more impressive, according to the company, is when those games are running at the same time as other applications. While the new Core i9-12900K performs 19 percent faster than its predecessor in Mount & Blade II: Bannerlord when running on its own, the performance advantage grows to 84 percent when the game is running with streaming software in the background.

“The 12th gen is running at much higher frames per second, actually over 1.8x higher with a seamless record and stream in the background,” Goldwasser said. “The [efficiency] cores are primarily helping with the stream and record while the [performance] cores deliver a great gaming experience running that significantly higher FPS.”