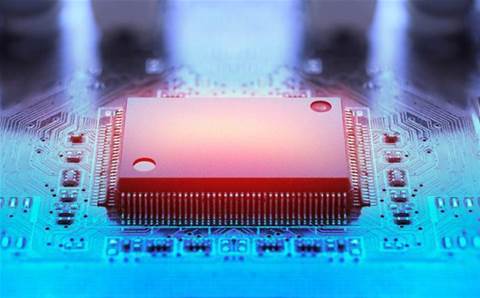 "They are absolutely great parts and a critical part of our strategy to relieve some of the tension," Todd Garrigues, director of partner sales programs at Intel, said of the Core processors that have an "F" suffix, which now span eight SKUs, from the high-end Core i9-9900KF to the entry-level Core i3-9100F.

According to Intel, the company's partner incentives for the F-series processors include points promotions for Intel Technology Provider partners, software and game bundles, graphics card bundles and other incentives offered through Intel's authorized distributors.

"That is absolutely part of the go-to-market for those products," Garrigues said. "So today through distribution, we are working with a lot of the graphic card vendors on promotions and working with the distributors on some other incentives as well."

In the case of graphics card bundles, Intel recently ran a promotion where partners who purchased F-series processors with select graphics cards would receive a discount from the graphics card vendor.

One of the goals of the F-series incentives, Garrigues said, is to address the added costs of the required discrete graphics card and bring systems closer to price parity with PCs running Intel's regular CPUs.

"That is absolutely our goal, to help enable them, to still be able to get those price points," he said.

F-Series Has A Future Beyond The Shortage

While the F-series processors were originally introduced to improve Intel's CPU shortage, the company's supply issues are starting to improve. Gartner's latest PC report said there are "signs that the Intel CPU shortage is easing," and Intel US channel chief Jason Kimrey told CRN in a recent interview that the company expects the issue to be largely resolved by the fourth quarter.

"It will be interesting to see where Intel takes the roadmap for the F-series in the future," Tibbils said.

But for Kimrey, there is no question: the F-series is here for the long run.

"We are committed to this strategy moving forward," he said, echoing remarks by Intel executive Steve Long. "This particular product has a long lifecycle ahead of it, and it's one that we're committed to because we actually see the benefit of doing it, and our customers have responded well to it."