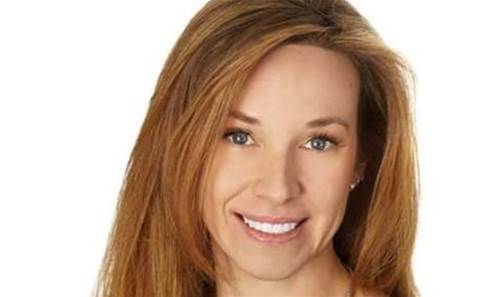 Intel was not able to comment by press time.

Fitzpatrick said on LinkedIn that she will be responsible for Intel’s global partner sales strategy, execution and results. This will put her in charge of the programs, support and “end-to-end partner journey” under Intel Partner Alliance, the partner program that consolidated multiple partner programs and brought together several different types under one umbrella when it launched in January 2021.

She said she will have a particular focus on system integrators, cloud partners and independent software vendors in her new job. Those two latter groups have received an increased focus from Intel’s partner organization over the last few years, with the chipmaker investing in new cloud resources and CEO Pat Gelsinger making collaboration with ISVs a higher priority.

Prior to joining Intel, Fitzpatrick was general manager of worldwide partner sales for Microsoft, where she worked from 2016 to January of this month. On her LinkedIn profile, Fitzpatrick said she led a global team at Microsoft that was responsible for driving more than US$650 million in annual revenue for Azure cloud services through partners. While there, she worked “across all channels,” including global system integrators, MSPs, telecommunications carriers and advisory firms.

Kent Tibbils, vice president of marketing at Fremont, Calif.-based ASI, an authorized Intel distributor, told CRN that Intel’s hiring of Fitzpatrick is a reflection of how the channel is evolving to include different partner types beyond the traditional value-added resellers and managed service providers.

“With her background in [cloud] coming from Microsoft, I think that‘s a big benefit for Intel and the partners that she’s going to be working with,” he said.

This is technically not Fitzpatrick’s first time at Intel. From 2011 to 2014, she was senior vice president of worldwide alliances at cybersecurity vendor McAfee while it was owned by Intel, which sold the business in 2016 after six years of ownership. After her time there, she was senior vice president of the global partner organization for CA Technologies, which is now owned by Broadcom.

Fitzpatrick is arriving at Intel as Michelle Johnston Holthaus, the head of the Sales, Marketing and Communications Group, transitions to her new role as general manager of the Client Computing Group. Gelsinger told employees in a memo earlier this month that he expects to appoint a new leader for the Sales, Marketing and Communications Group by the second quarter.

Grow your software revenue by selling these 5 affordable, essential tools for the modern workplace
By Dylan Martin
Jan 28 2022
11:53AM