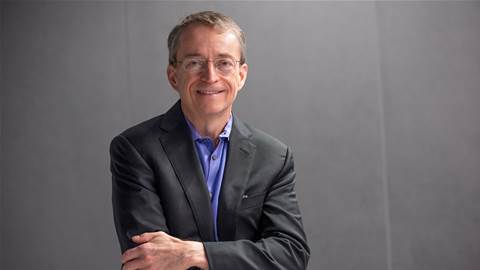 Intel is upping its arsenal of AI software against Nvidia with a vendor-neutral managed service that allows developers to run machine learning workloads on any hardware, in the cloud or on-premises.

The new managed service is called Convrg.io Metacloud, and it’s a managed version of Cnvrg.io’s Kubernetes-based “operating system” for machine learning that allows data scientists to quickly develop, train, deploy and manage models across any infrastructure. The service is in early access now.

The goal, according to Cnvrg.io CEO and co-founder Yochay Ettun, is to fight against vendor lock-in and allow developers to freely run machine learning workloads wherever they want whenever they want. Developers often seek to do this to optimise for cost and performance, but Ettun said they are usually held back by lengthy transition processes for moving workloads to new environments.

“We allow customers basically in a single pipeline to run workloads on different platforms, on different architectures and also on different clusters,” he told CRN US in an interview. “Like the training could run on Dell, the pre-processing could run on [Amazon Web Services], the inference could be at the edge. We basically make it seamless to run these types of workloads that without Cnvrg.io Metacloud would probably take a few months or even more to set up and configure.”

In its announcement, the Intel-owned company called out specific platform integrations with Amazon Web Services, Google Cloud, Microsoft Azure, Red Hat, VMware, Dell Technologies and Seagate as well as with Intel software toolkits like OpenVINO. But Ettun stressed that Metacloud is hardware-agnostic and, as a result, can work on systems running on chips made by Intel’s top rivals, Nvidia and AMD.

For that reason, he called Cnvrg.io the “Switzerland for AI computing.”

“There are no special requirements. You have a Kubernetes cluster. You can connect it to Cnvrg.io Metacloud. It’s that simple,” Ettun said. “And we don’t care what type of hardware the user is running on and using. Just have it integrated with Cnvrg.io Metacloud, and you’re good to go. So the CPU, GPU, accelerators, any type of hardware they want.”

To sell Metacloud, Cnvrg.io is relying on a direct sales force as well as OEMs and their channel partners, according to Ettun. He added that Cnvrg.io is focused on a go-to-market campaign with Dell Technologies right now that will expand to other OEMs over time. (Cnvrg.io has previously announced partnerships with Supermicro and Lenovo that bundle the operating system with servers.)

“They have a big motivation to sell Cnvrg.io to their customers, because with Cnvrg.io, they basically get a better-than-AWS experience for their customers,” he said. “So they will sell Cnvrg.io and promote Cnvrg.io and then they will have basically more customer reach, a better customer experience, so there is going to be a lot of work with Dell and the other [OEM] partners around that.”

Given Metacloud’s cloud-like nature, Ettun said, Metacloud has the “exact same pricing structure” as cloud service providers, which means that customers will pay based on consumption.

Metacloud will help Intel become more competitive in the AI space in a couple important ways, according to Ettun. For one, he said, it will help Intel provide the “ecosystem-friendly” approach to AI that CEO Pat Gelsinger has vowed. He said it will also help Intel CTO Greg Lavender with his stated goal of engaging software developers more deeply than ever before.

“Intel wants to meet where the developers are, right? [Lavender] was saying that, and Cnvrg.io is basically at the top of the stack — I think one of the [highest] in the stack at Intel,” Ettun said. “And we interact daily with developers, with data scientists, with software developers that are not driver developers. We meet developers, and that was basically one of the motivations for Intel to invest in converge and to basically grow the business because [Intel CEO] Pat [Gelsinger] and Greg [Lavender] are looking to be more close with the developers.”

The new Metacloud service falls in line with Gelsinger’s plan to offer more paid software services and supports his goal to increase software revenue as part of the chipmaker’s new “software-first” approach that was on full display at last week’s Intel Innovation event.

Grab the MSP security opportunity
By Dylan Martin
Nov 3 2021
6:54AM