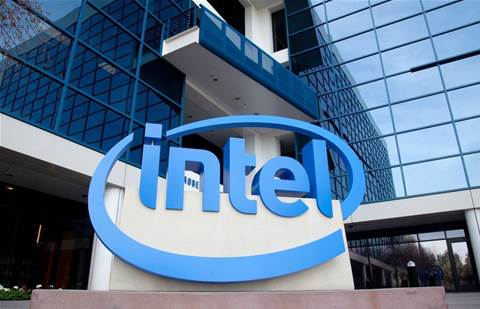 Intel on Thursday named interim leader Bob Swan as its permanent CEO, making him the seventh person to lead the company in its 50-year history.

The company said Swan, who joined Intel as CFO in 2016, has also been elected to the company's board of directors. Todd Underwood, Intel's vice president of finance, has been appointed interim CFO while the company searches for a permanent successor.

Swan reportedly told employees in the past that he wasn't interested in the permanent CEO role — a line he recently reiterated to CNBC — but he apparently came around to the idea.

“In my role as interim CEO, I’ve developed an even deeper understanding of Intel’s opportunities and challenges, our people and our customers,” Swan said in a statement.

“When I was first named interim CEO, I was immediately focused on running the company and working with our customers. When the board approached me to take on the role permanently, I jumped at the chance to lead this special company."

Andy Bryant, Intel's chairman, said the company concluded that Swan, a former eBay executive, "is the right leader to drive Intel into its next era of growth" after conducting a search that lasted several months.

"We considered many outstanding executives and we concluded the best choice is Bob," Bryant said in a statement. "Important in the board’s decision was the outstanding job Bob did as interim CEO for the past seven months, as reflected in Intel’s outstanding results in 2018. Bob’s performance, his knowledge of the business, his command of our growth strategy, and the respect he has earned from our customers, our owners, and his colleagues confirmed he is the right executive to lead Intel.”

Swan became interim CEO last June following the sudden resignation of Brian Krzanich, an Intel veteran who was forced out by the company's board after it discovered that he had a prior relationship with an employee, a violation of company policy. Krzanich joined Intel as an engineer in 1982, eventually working his way up the corporate ladder to become CEO in 2013.

In an email to employees, customers and partners, Swan said his biggest learning from his last seven months as interim CEO is "how important we all are to our customers." Moving forward, he said the company will focus on four "critical imperatives": being "bold and fearless," improving execution, evolving Intel's culture and listening closely to customers.

"What will change is how we serve our customers and how we partner and build the best technology together," he said in the email. "By listening closely to how we can make our customers’ lives better by helping them delight their customers, we will all win."

Prior to joining Intel in 2016, Swan was an operating partner at growth equity firm General Atlantic. Previously, he was CFO at eBay for more than nine years. He has served as CFO at other companies, including GE Lighting. He also once served as CEO of an online grocery startup called Webvan that was among the companies to shut down during the dot-com crash in the late 2000s.

The naming of Intel's CEO comes at a critical time for the company, which has forecasted a slowdown in its data centre business this year as it faces increased competition from AMD and companies building their own Arm-based processors in both the client and server markets. AMD announced at CES 2019 that its 7-nanometer CPUs for client and server will arrive mid-2019, several months before Intel is expected to release its first 10nm processors.

The company has been grappling with processor shortages that has had a wide-ranging impact on the computer industry, including partners who are facing delayed shipments and higher prices. Swan told analysts in the company's most recent earnings call that he expects supply to improve by mid-2019.

Mark Haranas and Steve Burke contributed to this story.

Cloud application revenue made easy
By Dylan Martin
Feb 1 2019
7:17AM