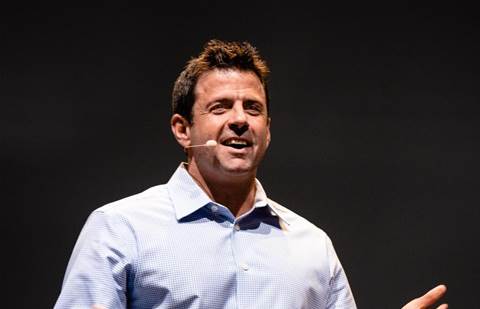 Intel is prioritising rival Qualcomm as a top strategic account alongside the chipmaker’s biggest OEM and hyperscale customers, according to a Tuesday memo that outlined a new reorganisation for the company’s Sales, Marketing and Communications Group.

In the memo seen by CRN US, Intel chief revenue officer Michelle Johnston Holthaus said the new global strategic accounts team, led by Ryan McCurdy, will join her staff and focus on Qualcomm, Dell Technologies, HP Inc., Lenovo, Amazon, Microsoft and Google as accounts that “represent significant current and future revenue,” in many cases across multiple business units and regions.

The move is part of a larger reorganisation of Intel’s Sales, Marketing and Communications Group that will reinstate regional leaders for the Americas; Asia-Pacific and Japan (APJ); and Europe, Middle East and Africa (EMEA) regions.

The APJ team will be led by Steve Long, who was most recently global vice president of client computing sales.

The reorganisation, which Johnston Holthaus said won’t have a big impact on Intel’s global partner organisation, will take effect January 1, 2022. Intel confirmed the moves to CRN US.

“I am optimistic that the org changes will enable faster decision-making, particularly at the edge,” wrote Holthaus, who sent the memo to employees in the Sales, Marketing and Communications Group after giving a presentation on the reorganisation.

“It will undoubtedly strengthen regional leadership and increase customer obsession. Our solutions-focused approach will be ‘outside in’, and we are investing in you and the seller experience.”

The focus on Qualcomm as a top strategic account comes after Intel CEO Pat Gelsinger announced in July that the rival chipmaker will use Intel’s 20A process technology as part of the new Intel Foundry Services business, which aims to manufacture chips designed by other companies.

Daniel Newman, founding partner and principal analyst at Futurum Research, told CRN US that the prioritisation of Qualcomm as a customer shows that Intel believes the rival chipmaker has a bright future and wants to partake in its success through Intel Foundry Services.

“Qualcomm’s got momentum. It’s got growth. It’s attached to connectivity on 5G and innovation,” he said in an interview. “So there are a lot of things happening with Qualcomm that you would want to maybe hitch your wagon to.”

While Qualcomm already competes with Intel in the PC space with Arm-based laptop chips, Newman said he expects the company to become more relevant in the space thanks its US$1.4 billion acquisition of chip startup Nuvia this year. The company has previously said that it will use Nuvia’s CPU expertise and technology to “enhance” its road map and “extend” its leadership position in the Windows, Android and Chrome ecosystems.

“Maybe [Intel has] a vision that the average media analyst, pundit doesn’t have in terms of just how relevant Qualcomm is going to be to compute and connectivity in the future and why Intel wants to be deeply entrenched in that as it continues to materialise,” he said.

Newman said it is smart for Intel to diversify beyond its traditional processor business by offering to manufacture chips designed by other companies because it will give the chipmaker new ways to grow as it faces increasing competition from a variety of companies on multiple fronts.

As for which of Qualcomm’s products Intel ends up manufacturing, Newman said it will depend on a variety of external factors, including potential policies that could require more chip manufacturing in the United States, which would cause Qualcomm to shift some manufacturing away from Taiwanese chip foundry TSMC.

“I think products are going to be dependent upon substrates, supply, yield, needs, innovation, market and obviously demand,” he said. “All those things are going to end up shaping it. So I’d be remiss to say this product or this product. I think it’s going to be more driven by the broader external environment of the market, and, of course, maybe by what ends up happening in terms of policy and regulation.”

In response to an inquiry by CRN US, a Qualcomm spokesperson referred to CEO Cristiano Amon’s remarks in support of the new Intel Foundry Services business during the company’s third-quarter earnings call in July.

“We are engaged. We are evaluating their technology. We don’t yet have a specific product plan at this point, but we’re pretty excited about Intel entering the space,” Amon said on the earnings call.

As part of the reorganisation for Intel’s Sales, Marketing and Communications Group, Johnston Holthaus said the naming of new leaders for the Americas, APJ and EMEA represents a strengthening of Intel’s regional sales model after the company named Rui Wang as president of Intel China in September.

“The regional leadership teams will be fully empowered, working closely with customers, with a stronger pulse on trends, driving growth and local opportunities for the company,” wrote Johnston Holthaus, whose full title is executive vice president, chief revenue officer and general manager of the Sales, Marketing and Communications Group.

Intel will continue to have sales leaders for its business units, according to the memo. Rose Schooler will continue to lead sales for the Data Center and AI Group, which was previously part of the Data Platforms Group prior to CEO Pat Gelsinger’s business unit reorganisation in July. Nash Palaniswamy, head of sales for the Accelerated Computing Systems and Graphics Group, and Dermot Hargaden, head of sales for the Programmable Solutions Group, will report to Schooler.

Brad Haczynski will lead sales for the newly formed Network and Edge Group, which Johnston Holthaus called a formalization of the previous responsibilities he had as general manager of global IoT sales. Johnston Holthaus added that Haczynski will “incubate a Global Solutions function in 2022” that will host Intel’s Olympics Program Office as well as two or three key verticals to be determined.

With Long becoming the head of Intel’s APJ team, it means that the company is looking for someone new to serve as the head of sales for Intel’s Client Computing Group, according to Johnston Holthaus.

As for other changes, Johnston Holthaus said Intel’s new Customer and Sales Excellence team, led by Becky Brown, will join her staff.

“Over the next three years, [the Sales, Marketing and Communications Group] and IT are investing in the tools needed to enhance our customer and seller experience,” she said of the change. “We have identified key roles and functions that manage customers and sellers to move into this new organisation, which will be elevated to SMG Staff level.”

“We periodically evaluate and make changes to the structure of our organisation to ensure we are in the best position to serve our customers around the world,” an Intel spokesperson said in a statement to CRN US. “We’re excited about the new structure of Intel’s Sales, Marketing and Communications Group, which will strengthen regional leadership and increase customer obsession.”

Grow your software revenue by selling these 5 affordable, essential tools for the modern workplace
By Dylan Martin
Nov 12 2021
7:00AM