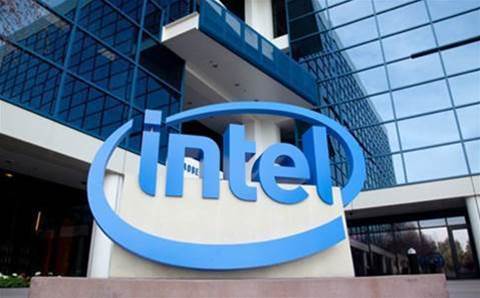 Intel has named a new chief technology officer as the company continues to grapple with fallout from the Spectre and Meltdown vulnerability that is plaguing its chips.

The company said former corporate vice president Michael Mayberry has been promoted to senior vice president and CTO, a position that has not been filled since former CTO Justin Rattner left the company in 2013.

Mayberry also will serve as managing director of Intel Labs and is responsible for Intel's global research efforts in computing, said Intel. The executive has been with Intel since 1984 and has held various engineering and research positions.

The company also promoted Ann Kelleher to senior vice president of Intel's Technology Manufacturing Group, where she will be responsible for "corporate quality assurance, corporate services, customer fulfillment and supply chain management," as well as strategic planning for the company’s worldwide manufacturing operations.

The promotions come on the heels of the Spectre and Meltdown exploits, which were revealed at the beginning of January and affect chips from multiple vendors, including AMD and ARM.

The flaws, which account for three variants of a side-channel analysis security issue in server and PC processors, potentially could enable hackers to access protected data.

Intel chief executive Brian Krzanich said during the company's earnings call last week that the chip giant was trying to mitigate any threats and making security its top priority.

"We have updated our risk factors to reflect both the evolving nature of these specific threats and mitigations as well as the security challenge more broadly," he said. "Security has always been a priority for us, and these events reinforce our continuous mission to develop the world's most secure products. This will be an ongoing journey. But we are committed to the task, and I am confident we are up to the challenge."

Part of the company's tightened security focus has included the formation of an internal security group, the Intel Product Assurance and Security Group, which will be led by Leslie Culbertson. The company said the former chief human resources officer would "lead Intel’s cross-company efforts to continuously improve Intel’s product security" in this new role.