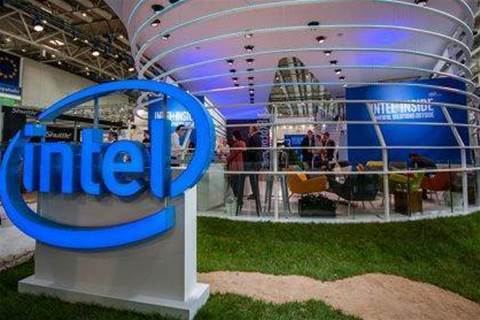 Intel has promised to be more "transparent" about the Meltdown and Spectre debacle following complaints that patches to solve the chip flaw are causing performance issues.

Users of Intel's older Broadwell and Haswell CPUs have been quick to protest about experiencing increased reboots since installing patches for Meltdown – the bug affecting all Intel chips from the last 10 years – and Microsoft has warned patches could cause "significant" performance degradation.

Intel's chief executive, Brian Krzanich, has now made a three-step "security-first pledge" to the technology industry in response to anger about the chip slowdowns, admitting more transparency is necessary.

"As we roll out software and firmware patches, we are learning a great deal," he said.

"We know that impact on performance varies widely, based on the specific workload, platform configuration and mitigation technique. We commit to provide frequent progress reports of patch progress, performance data and other information."

He also promised to have patches available for 90 percent of Intel CPUs dating from the last five years by today, with patches for the remainder of these chips by the end of the month, before focusing on older processors.

"Our customers' security is an ongoing priority, not a one-time event," he added. "To accelerate the security of the entire industry, we commit to publicly identify significant security vulnerabilities following rules of responsible disclosure and, further, we commit to working with the industry to share hardware innovations that will accelerate industry-level progress in dealing with side-channel attacks.

"We also commit to adding incremental funding for academic and independent research into potential security threats."

"We have received reports from a few customers of higher system reboots after applying firmware updates. Specifically, these systems are running Intel Broadwell and Haswell CPUs for both client and data centre," Shenoy said.

“We are working quickly with these customers to understand, diagnose and address this reboot issue. If this requires a revised firmware update from Intel, we will distribute that update through the normal channels.

"We are also working directly with data centre customers to discuss the issue."

Google last week said its own patch for Meltdown and Spectre vulnerabilities doesn't impact cloud performance speeds because it addresses the trickiest variant of the Spectre CPU attacks – Variant 2 – which can significantly impact the CPU performance of devices.

It decided against that and instead developed the patch, which at first did have a detrimental affect on the running speed of cloud applications.

But the version of the patch that has made its way into the real world has not had an impact, Google said.