Intel promises all chips will be conflict free 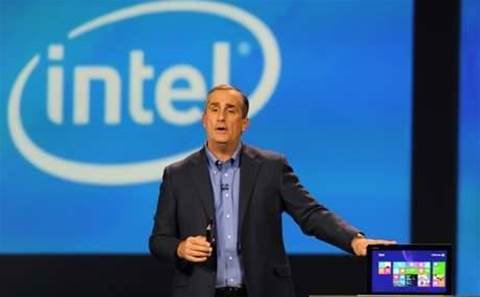 Intel's CEO made a bold promise that all of its chips made this year will be manufactured with conflict-free minerals.

Conflict minerals are materials such as tungsten and gold, which are key to electronics, that are mined in places such as the Democratic Republic of the Congo (DRC), raising ethical concerns about the treatment of people doing the work and the role of the industry in funding local warlords.

Speaking at the first keynote of CES 2014, Intel CEO Brian Krzanich said the chip maker had been working for four years to track the minerals it uses, following the materials through the supply chain to ensure those it buys aren't coming at a human cost.

"As you begin to put these factories around the world, you begin to think about the impact on the supply chain and the potential issues you could be causing," Krzanich told CES attendees, admitting it was "not an issue you would normally talk about" at the show.

He said it would have been an "easy answer" to simply stop sourcing minerals from the DRC, but instead Intel decided to thoroughly investigate its supply chain. "The solution isn't easy, but nothing worthwhile ever is," he said.

"The minerals are important, our industry relies on them, but they're not as important as the people mining them," he added.

Working with groups such as the Enough Project, Intel tracked the minerals it used from its own factories back to smelters and the originating mine, and said the work has paid off. "Every Intel microprocessor we manufacture in 2014 will be conflict free," he pledged.

According to website Co.Exist, Intel audited all 60 of the smelters the minerals it buys pass through. A small number that refused to be audited are no longer used, the report said.

"You're really going like a plumber into the depths of these smelters," Sasha Lezhnev, policy director at the Enough Project, told the website. "These are highly secretive industries. They're just not used to public scrutiny. This is just an organisational and cultural change that they in some senses have to react to."

Kraznich called on other tech firms to follow suit, but admitted to Co.Exist that Intel had more work to do, noting the firm manufactures more than chips, and hopes to extend the conflict-free mineral policy across all of its products.

Eliminating departmental friction within MSPs
By Nicole Kobie
Jan 16 2014
11:06AM