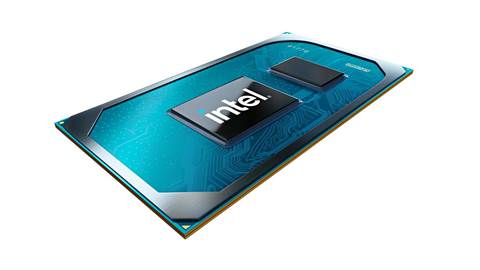 Intel is pushing partners to sell laptops with the chipmaker’s new Intel Evo brand as the company expects PC demand to continue across enterprise, education and consumer segments.

Intel Evo is all about premium laptops that the chipmaker has co-engineered with OEMs and verified to guarantee a set of “key experience indicators,” like nine or more hours of real-world battery life using FHD displays, fast battery charging and consistent responsiveness. The company expanded the Intel Evo brand in January to include business laptops running on Intel vPro processors.

The challenge is that “many of our partners are in virtual environments” due to the pandemic, he added, and “that’s required different kinds of tool sets on how we tell those messages.” The company is also helping partners who work in physical environments to get the word out.

“We’re creating some new and dynamic ways with which people in a COVID world interact with products, so that they can understand, touch, feel and walk out with an understanding of what we’re selling and what the partners are delivering to them,” Long said.

The Intel Evo sales push with partners is part of the Santa Clara, Calif.-based company’s increased investments in the PC business this year, according to Long.

Intel is also equipping partners with new resources, including lead-generation tools, to help them seize upon opportunities with schools and education organizations that need new PCs, he added. The resources also include assets to help governments understand total cost of ownership implications with new fleets of PCs for education.

The opportunity to sell PCs in the education segment is massive as studies have shown that for the 1.6 billion students in the world, only five out of 100 have PCs, according to Long.

The enterprise space is also still ripe with opportunities, he said, due to many employers seeing the continued need to enable employees to work remotely.

“One single year in accelerated refresh rates is worth over 10, 12 million units,” he said.

Consumer demand remains hot, too, as Intel is seeing an increase in device density for households, which is resulting in each household member having their own PC, according to Long.

As for other investments, Long said Intel will provide partners with tools and resources to amplify the messages from the company’s new “Go PC” ad campaign starring actor Justin Long that highlights the benefits and “diversity of choice” of the Intel-based PC ecosystem over Apple’s new Macs running on Arm-based M1 processors.

“We absolutely want our partners to take advantage of some of the halo [effect] that we’re bringing to the industry,” Long said. “That’s part of what we see our role in the industry: We’re stewards of this industry. We’ve created it together with our partners. We want to lead and lead them towards how we talk about this collectively. That’s why we did it. And you’ll see us expand that actually in multiple countries and expand the way that we’re talking about it.”

Long promised that Intel will continue its “annual cadence of leadership products” this year with Tiger Lake H45 processors for gaming laptops later this quarter. In the second half of the year, Intel will bring out its first 10-nanometer desktop processors, code-named Alder Lake, which will be followed by derivatives for other segments and become the company’s “volume-runner product” in 2022.

Intel’s new IDM 2.0 hybrid manufacturing strategy, which includes the ramping up of internal fab capacity as well as external foundries for products, will enable the company to continue to provide partners with high-quality products, according to Long.

“They don’t care how it’s built. They want to have the supply,” he said.

Jason LaPorte, CTO and CISO at Power Consulting Group, a New York-based Intel managed services partner, told CRN that he is seeing continued PC demand among his company’s small- to medium-sized business customers, who are “hedging for the next pandemic” and accepting remote work as a long-term reality.

“In 2020, there was a high demand for laptops and Chromebooks to bridge the gap for remote users who had desktops and needed systems,” he said. “Now companies are starting to come out of the uncertain terms, and so now they’re planning, 2021, 2022, and they’re purchasing. So they’re getting back to product refresh cycles and looking at the real world of remote work and what remote work is going look like long term, and they’re purchasing accordingly.”

LaPorte said he’s seeing Intel becoming much more of a platform company, where it’s providing a variety of components, software and services bundled together to solve business needs. As an example, he pointed to Intel Endpoint Management Assistant (EMA), which was launched in 2019 to extend the capabilities of Intel’s vPro enterprise management platform from on-premises servers to the cloud.

“The remote world has changed the way we service our customers, so things like EMA will make it much easier for us to do diagnostics and help them get upgrades and patches and stay more secure,” he said.

Grow your software revenue by selling these 5 affordable, essential tools for the modern workplace
By Dylan Martin
Apr 23 2021
6:50AM