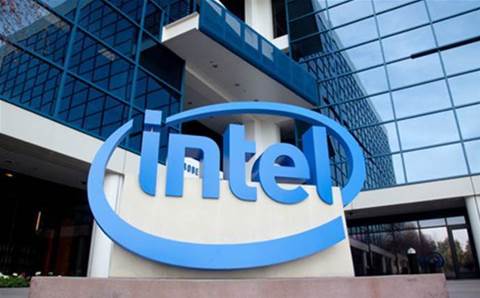 Intel is set to refresh its second-generation Xeon Scalable server processors in a bid to put pressure on rival AMD’s EPYC multicore processor blitz — a move that could alleviate the ongoing Xeon processor shortage, sources said.

The 18 new processors, which are code-named "Cascade Lake Refresh,” will provide partners with additional cores, higher clock frequencies and higher cache within the mainstream and value portions of the Xeon Scalable lineup, according to three industry sources with knowledge of Intel's plans. The sources asked to not be identified because they were not authorised to speak about the matter.

Intel is expected to announce the Cascade Lake Refresh processors on 23 February, one source said. Intel declined to comment.

"AMD is forcing them to compete on core count," he said. "The only way to improve performance without dramatically increasing power consumption is higher core counts. It will enable Intel to do a better job of spec matching against AMD's [processors]."

While sources contacted by CRN USA could not confirm pricing of the forthcoming Cascade Lake Refresh line, several said they expect pricing to be similar to their corresponding Cascade Lake SKUs, meaning the new processors would help narrow the price-performance gap against AMD. AMD has claimed that the EPYC Rome platform’s performance-per-dollar advantage ranges from 1.8x to 4x Intel’s Cascade Lake lineup.

An AMD spokesperson declined to comment beyond stating the company's "confidence in its current products and future roadmap," which "continues to see significant interest from customers."

Intel’s new processors could also help improve Xeon supply constraints that have been felt around the channel, sources said, although it's unclear to what extent the launch would resolve the overall product mix issues Intel has reported.

"It might help alleviate some of the supply chain issues, assuming your customer is not impacted with per-core licensing costs," Fertik said.

One of CRN USA's sources said the Cascade Lake Refresh processors could be one reason why some Intel partners have been experiencing a Cascade Lake shortage since Intel has likely started shifting some production capacity to the new parts. Distributor Fusion Worldwide said as much in a 12 December 2019, note, which was removed from the company's website but is still visible on an archived page.

“We are hearing that Intel is sharing some capacity to focus on the Cascade Lake Refresh, which could be another driver of the recent shortages on Cascade Lake,” reads the original Fusion Worldwide post. 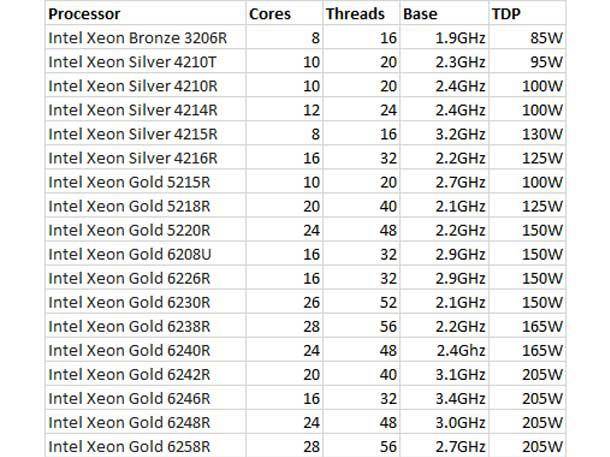 The new processors, most of which will be denoted with an "R" suffix in the SKU names, have already appeared on some OEM websites, including Dell Technologies, Lenovo, Hewlett Packard Enterprise, Tyan and Penguin Computing. A few SKUs have also appeared in two recent Intel microcode updates.

The Cascade Lake Refresh chips will target the mainstream and value ends of the server market, with processors ranging from the Xeon Bronze 3206R, which will have eight cores, a 1.9GHz base frequency, an 11 MB cache and an 85W TDP, to the Xeon Gold 6258R, which will have 28 cores, a 2.7GHz base frequency, a 38.5 MB cache and a 205W TDP, according to information published on OEM sites that was corroborated by CRN's sources.

Like their Cascade Lake predecessors, these processors will support Intel Optane DC persistent memory and include the company's Deep Learning Boost feature, sources said. All of them appear to support Hyper-Threading, according to OEM listings. However, more details about specific features, including turbo frequencies for each processor, could not be discerned or corroborated.

Higher core counts can be beneficial for workloads like virtualization that are based on "per socket" licensing costs, meaning the more cores packed into a single socket, the better the cost savings. In a comparison provided by AMD last year, the chipmaker showed how its 40 single-socket, 64-core EPYC 7702P processors can run the same number of virtual machines as 80 dual-socket, 16-core Intel Xeon Gold 6242 processors for more than half the cost.

The new details have emerged after German news site Tweakers published a leaked server roadmap last year showing that Cascade Lake Refresh is due to launch in the first quarter of 2020.