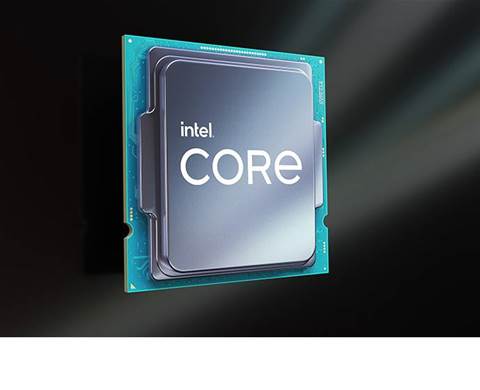 After ceding market share to AMD in PCs for several quarters, Intel regained some territory in the fourth quarter last year thanks to improving CPU capacity, even as its x86 rival continued to grow.

Intel’s market share growth was largely due to the chipmaker increasing manufacturing capacity for lower-end processors such as Celeron and Pentium, though growing sales of Core i5 and Core i7 processors also played a role on the desktop side, according to Dean McCarron of Mercury Research, a firm that produces a quarterly x86 CPU market share report based on shipments.

This allowed Intel’s share in laptops to grow 1.2 points to 81 percent against AMD while its desktop share grew 0.8 points to 80.7 percent, according to Mercury Research’s report for the fourth quarter of 2020.

The result is that Intel grew market share for x86 CPUs overall by 0.7 points, bringing it to 78.3 percent. (The report does include sales from Via, a much smaller chipmaker, but its share in the market rounds to zero in all segments but desktop, McCarron said).

McCarron said Intel’s increased sales of lower-end processors — or “small core” products, as Intel sometimes calls them — corresponds with the chipmaker bringing on new manufacturing capacity in the second half of last year to address CPU shortages in that area. Prior to the expansion, Intel had prioritised higher-end processors, like the Core and Xeon families, which created backlogs in demand for laptops and PCs with lower performance requirements.

However, McCarron said, Intel would have likely been able to sell even more small core products if its manufacturing capacity was even higher.

“If they had more product to sell, they could have sold it,” he said. “I have no doubt that some of that backlog did get worked off.”

But the latest market share numbers didn’t necessarily mean bad news for AMD. While Intel stunted AMD’s share growth story in PCs, the chipmaker ended 2020 with a 6.2-point increase in overall x86 market share against Intel over the previous year, bringing its share to 21.7 percent.

AMD did see sequential market growth in one area, netting an additional 0.5 points in servers, bringing its share to 7.1 percent in that market, thanks to the new EPYC Milan processors and previous-generation EPYC Rome processors, according to McCarron. (AMD claimed that it reached double-digit server market share last year, but the claim is based on a smaller market calculated by IDC that only includes traditional single-socket and dual-socket servers and not servers for network and storage.)

While AMD lost some market share to Intel in PCs sequentially, the company still saw a lot of growth in desktops and laptops, according to McCarron, just not as much as Intel.

Case in point: McCarron called Ryzen 5000 desktop processors, which came out last fall, the company’s biggest launch in the category and said they out-shipped the previous-generation Ryzen 3000 CPUs by more than two times, resulting in close to a million units shipped in the fourth quarter.

“The Ryzen 5000 ramp was absolutely breathtaking,” he said. “It’s not only a record ramp. It’s unprecedented in AMD’s history.”

In contrast to Intel, AMD saw its desktop and laptop CPU revenues in the fourth quarter increase both sequentially and year-over-year, according to its latest earnings. However, while strong Ryzen desktop processor sales drove the average selling price for processors higher sequentially, laptop processor sales dragged it down in comparison to the same period in 2019.

McCarron said AMD saw growth in lower-end processors like Intel, which was the result of the chipmaker increasing capacity in that area. The processors driving growth in the low end were AMD’s A4 and A6 CPUs, code-named Stoney Ridge, and its Athlon CPU, code-named Dali, which grew in shipments by more than 25 percent.

However, AMD CEO Lisa Su recently admitted that the company did see some supply constraints, primarily for entry-level processors, which prevented AMD from growing faster than it already did in what was a record-setting fourth quarter. In AMD’s most recent earnings call, Su said she expected the shortage to continue through the first half of 2021 as manufacturing partners build more capacity.

“It’s fair to say that the overall demand exceeded our planning, and as a result, we did have some supply constraints as we ended the year,” she said.

Grow your software revenue by selling these 5 affordable, essential tools for the modern workplace
By Dylan Martin
Feb 5 2021
9:29AM