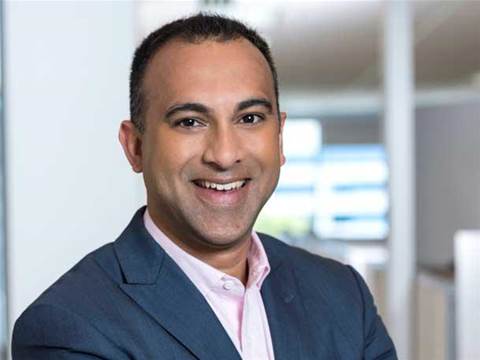 In a memo seen by CRN US and in a subsequent public announcement Tuesday, Intel CEO Pat Gelsinger announced the restructuring of the Data Platform Group into two business units and the formation of two new divisions: the Software and Advanced Technology Group and the Accelerated Computing Systems and Graphics Group.

The major restructuring was announced a little more than two weeks after Intel announced internally that it was reorganizing groups around manufacturing, supply chain and planning as part of the company’s new IDM 2.0 hybrid manufacturing strategy.

“I am not surprised at all as every new CEO changes organisations once they figure out what they want to accomplish,” said Patrick Moorhead, president and principal analyst at Moor Insights and Strategy.

“Pat Gelsinger said he wanted to elevate tech talent and wanted to get great at software again and his actions indicate this is what is doing.”

As the leader of the Datacenter and AI Group, Rivera will “focus on developing leadership data centre products for a cloud-based world,” which will include Xeon and FPGA products, the company said in its public announcement.

Rivera was most recently Intel’s chief people officer, and she has a “deep history in datacentre technology and a proven track record of integrating Intel’s silicon and software portfolio to create greater customer value,” Gelsinger said in his memo to employees.

“Her transformational leadership will help us develop undisputed leadership datacenter products for a cloud-based world and define and deliver a cross-Intel AI strategy,” he wrote, adding that Ryan Smith, a two-year human resources executive at Intel, will become interim chief people officer in Rivera’s place.

The Network and Edge Group, on the other hand, will bring together Intel’s Network Platforms Group, Internet of Things Group and Connectivity Group into a “single business unit chartered to drive technology and product leadership throughout the network to the intelligent edge,” Intel said.

Gelsinger’s memo said the leaders of the groups being folded into the Network and Edge Group — Dan Rodriguez, Tom Lantzsch and Hong Hou — will report to McKeown. McKeown was previously a part-time senior fellow at Intel, which he joined following the company’s 2019 acquisition of his company, Barefoot Networks.

“Nick is widely recognized as one of the world’s leading technologists in networking, having founded five different networking companies and received more than 25 industry awards, including this year's IEEE Alexander Graham Bell Medal,” Gelsinger wrote in his memo.

As part of the Data Platform Group restructuring, Intel said Shenoy will leave the company on July 6 after leading the group since its formation in 2019. Shenoy, who previously led Intel’s Data Center Group as executive vice president and general manager, had been given greater purview over Intel‘s data-centric products, which spanned from Xeon processors and Optane memory to new AI accelerators network as well as network and storage products on the data centre side.

“Please join me in thanking Navin for his service and leadership at Intel over the past 26 years, including his contributions leading the DPG team as well as the Client Computing Group and Intel Asia Pacific,” Gelsinger said in the memo to employees. “We wish him well as he starts his next chapter.”

The new Software and Advanced Technology Group will be led by Greg Lavender, a former VMware executive who joined Intel as CTO, senior vice president and general manager of the group.

The group will “drive Intel’s unified vision for software, ensuring it remains a powerful competitive differentiator for the company,” according to the company.

Gelsinger said in the memo that Lavender, who was most recently VMware’s CTO will lead Intel’s “future technical innovation and research programs” as part of his new roles.

“He will also be responsible for rapidly pulling together a singular AI software stack to support our range of business and hardware offerings,” Gelsinger wrote.

“As [Lavender] onboards, he will work collaboratively with software engineering leaders across the company to evaluate additional organisational alignments that will enable the best outcomes,” Gelsinger wrote.

The new Accelerated Computing Systems and Graphics Group will be led by Raja Koduri, a former AMD executive Intel hired in 2017 to design discrete GPUs to compete with Nvidia and AMD. The new group will focus on high-performance computing and graphics, the latter of which will include integrated and discrete solutions for client, enterprise and data centre customers.

Gelsinger said in his memo that Koduri “has shouldered several critical roles for Intel over the past few years” as the head of its Architecture, Graphics and Software group, and he will “now focus his full energy” on the Accelerated Computing Systems and Graphics Group.

The Accelerated Computing Systems and Graphics Group will consist of multiple teams, according to Gelsinger’s memo. The HPC team, which was previously under the Data Platform Group, will be led by HPC veteran Patricia Damkroger.

In the memo, Gelsinger said the changes to the Data Platform Group and the formation of the two new business units were done to allow Intel to “move faster” in regaining technology leadership.

“I am confident these changes will help us accelerate our pace, as they fully align our organization against our priorities: one clear voice to the customer, distinct business units focused on leadership products, four functional organisations to ensure flawless execution and ongoing innovation, and the horizontal support organisations needed to fuel our strategy and culture for today and the future,” he wrote.