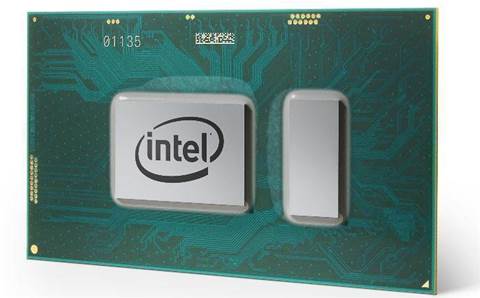 Intel on Monday unveiled its eighth-generation Kaby Lake processors, which the company hopes will incentivize its customer base of 450 million people globally with PCs five years or older to upgrade.

The company said that its next-generation processor lineup, which is targeted for small businesses with 2-in-1s and thin notebooks, touts a 40 percent performance increase over the previous generation of chips.

"We wanted to deliver the platform-wide improvements that embrace and enhance all of the incredible innovation around us – from 4K to VR and beyond – and make them more accessible to everyone," Intel's Gregory Bryant, senior vice president and general manager of the Client Computing Group, wrote in a blog post.

"For those 450 million people using a machine that is more than five years old, the experience will be vastly different."

Intel said processors for its desktop lineup, as well as additional products for enterprise, workstation and enthusiast notebooks and desktops would be coming later in the fall.

The Intel processors, which include the i7-865OU, i7-855OU, i5-835OU, and i5-825OU models, also have improved content editing and creation capabilities, as well as office productivity and multitasking features.

Intel's eighth-generation processors have an array of other features. The company has continued its close integration features with the Windows OS, including Cortana voice assistant and Windows Hello for secure login to devices.

According to Intel, the first wave of 8th Gen Intel Core-powered devices featuring i5 and i7 processors will come to market beginning in September at an undisclosed price.

"One of the great things about the 8th Gen Intel Core processor line-up is the scalability. The wide range of options opens the door for endless opportunities for our partners and the entire ecosystem," said Bryant in the post.

Cloud application revenue made easy
By Lindsey O'Donnell
Aug 22 2017
6:27AM