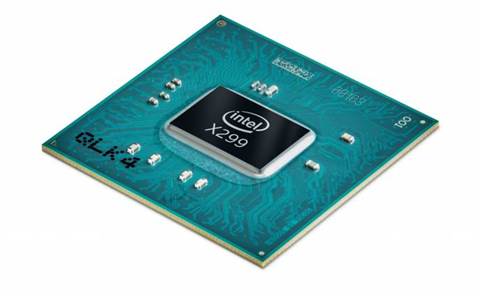 Intel has lifted the curtain on its new Core X platform of processors, a lineup that includes what it called "the most extreme desktop processor ever introduced," at the Taipei-based Computex conference.

The Santa Clara, California-based company said that its new Core X lineup packs up to 10 percent faster multi-thread performance over its previous generation of chips, offering extreme performance and mega-tasking capabilities for gamers in the enthusiast segment.

"I’m proud to announce the new Intel Core X-series processor family: Intel’s most scalable, accessible and powerful desktop platform ever," said Gregory Bryant, general manager of Intel's client computing group, in a statement.  "Although every enthusiast is different depending on their interests, a common denominator is their hunger for the best performance. Our goal is to always deliver the best performance and, today, we are taking it to the next level."

Intel's processor lineup is led by the new powerhouse Intel Core i9 processor brand, which features up to 18 cores and 36 threads and is targeted for top-of-the-line enthusiast systems. Intel said its Core i9 Extreme Edition 9-7980XE is best for such applications as advanced gaming, virtual reality and content creation.

The Core i9 family has four lower tiers of processors, ranging from 10-core to 16-core versions.

In addition to new chips, Intel introduced its Turbo Boost Max Technology 3.0, which the company said allows systems to dynamically overclock to higher speeds when necessary. With this new upgraded technology, Intel chips can identify two top-performing cores as the optimal cores and direct critical workloads to them for an overall jump in performance.

According to Intel, system and boxed processors are available through channel partners in all geographies and will be available in the coming weeks.

"With our partners rolling out new Intel X299 chipset-based motherboards and complete desktop systems, consumers can look forward to getting their hands on the Intel Core X-series processor family in the coming weeks," said Bryant in the statement.

Grow your software revenue by selling these 5 affordable, essential tools for the modern workplace
By Lindsey O'Donnell
May 31 2017
6:33AM