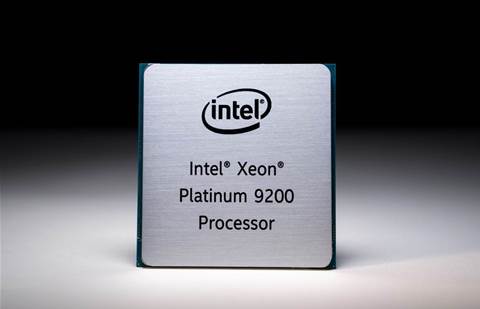 Intel has unveiled a lineup of next-generation Xeon Scalable processors that will give more partners and customers access to 56 cores of processing power for high-performance computing and artificial intelligence workloads.

The company said the new processors, code-named Cooper Lake, will launch in the first half of 2020 and will have platform compatibility with future 10-nanometer Ice Lake server processors.

The announcement comes a day before AMD is set to launch its second-generation EPYC Rome server processors that are expected to feature up to 64 cores.

The new processors are an expansion of Intel's Xeon Platinum 9200 series that was launched as part of the company's second-generation Xeon Scalable lineup. While the processors feature up to 56 cores, they are only available in preconfigured systems from OEMs such as Hewlett Packard Enterprise, Lenovo, Atos, Penguin Computing, Megware and Intel authorized resellers.

The chipmaker said the next-generation Xeon Scalable processors, which are based on the company's 14-nanometer architecture, offer up to 56 cores and built-in AI training acceleration in a standard, socketed CPU.

"Extended 56-core processor offerings into our mainline Intel Xeon Scalable platforms enables us to serve a much broader range of customers who hunger for more processor performance and memory bandwidth," she said in a statement.

The new CPUs were unveiled as Intel faces greater competition in the data center market from AMD, which recently said that it expects its EPYC Rome processors to ramp in sales "significantly faster" than its first-generation lineup.

Jennifer Huffstetler, Intel’s vice president and general manager of data center product management and storage, recently told CRN that the chipmaker plans to stand out in an increasingly competitive data center market with its broader platform strategy, which focuses on real-world workloads by offering an expanding portfolio of CPUs, memory, accelerators and software.

"While the customer challenges are complex, we really think this strategy of delivering platform-based solutions is what's best going to meet their critical business challenges," she said.

Cloud application revenue made easy
By Dylan Martin
Aug 7 2019
6:14AM