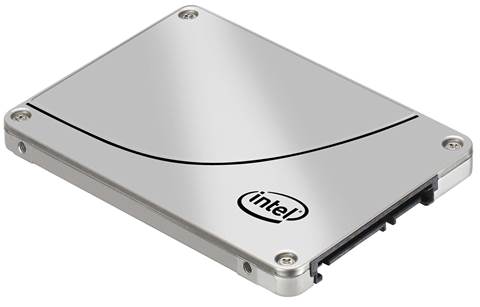 Intel's new DC S3700 SSDs are the company's third-generation data centre SSDs after the introduction of its X25-E enterprise SSD in 2009 and its model 710 in 2011, said Roger Peene, director of data centre SSD solutions in Intel's non-volatile memory solutions group.

The SSDs that Intel labels as data centre models are those focused on performance, which Peene said includes more than just an increase in random IOs per second (IOPS).

For instance, the DC S3700 SSDs feature 15 times the write IOPS and double the read IOPS of the earlier model 710, Peene said.

"We are working to ensure there is no silent data corruption," he said.

The DC S3700 SSDs also feature high-availability electrolytic capacitors to ensure data in flight is stored if power drops, Peene said. They are based on 25-nanometer MLC technology that allows 10 full data writes per day in order to protect the flash memory from wearing out.

The drives include a five-year warranty and are rated for 2 million hours mean time between failure (MTBF), he said.