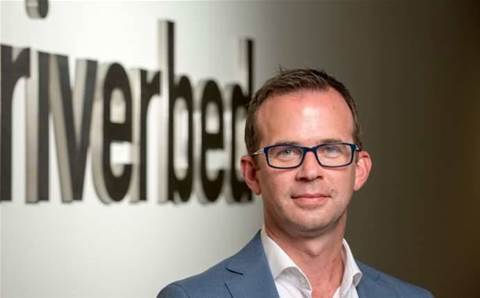 Riverbed Technology has appointed Keith Buckley as its regional vice president for the Australia and New Zealand region.

Buckley took up the role in January and replaces Ian Raper, who has been promoted within Riverbed to the new role of vice president of solutions for Asia Pacific and Japan.

Buckley brings more than 18 years’ experience from Intel Security, formerly McAfee, and held the managing director position for the past three years.

In his new position, Buckley will lead the region’s sales team and drive strategic operations, planning and the growth of Riverbed’s businesses in ANZ.

Bjorn Engelhardt, Riverbed senior vice-president for Asia Pacific and Japan, said: “Keith is an industry stalwart and is the ideal candidate to lead the Australian and New Zealand business at a time of rapidly evolving, highly complex and hybrid IT environments. His passion and leadership as a business manager will be invaluable as more companies turn to us to help them transform application performance into a competitive advantage.”

Raper led the ANZ business for more than five years and has worked for Riverbed since 2008. In his new role, he will focus on solution selling to strategic accounts and aligning the Riverbed partner ecosystem to support this transition. He will have a particular focus on supporting the company’s growth and expansion in India, China and Japan.